END_OF_DOCUMENT_TOKEN_TO_BE_REPLACED " /> What is Lexus Planning for its 25th Anniversary? | Lexus Enthusiast
Menu
Log in
Register
You are using an out of date browser. It may not display this or other websites correctly.
You should upgrade or use an alternative browser. 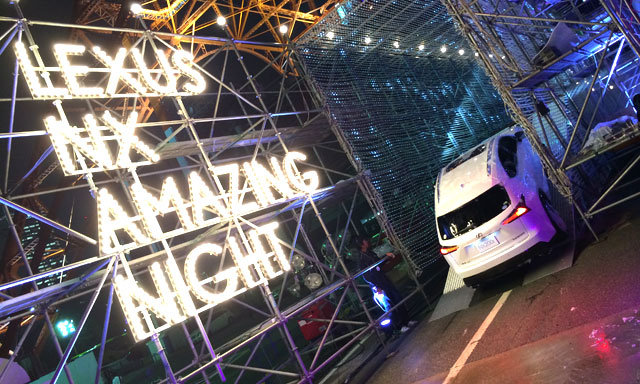 Tucked away in this video from the NX consumer launch in Tokyo is a curious statement from Lexus International executive vice-president Mark Templin:

For those that missed it, here’s the quote:

“Just wait for some of the great things we have coming for our 25th anniversary.”

Lexus will officially celebrate its 25th anniversary in October, and this is the only indication so far that the brand will celebrate the event in a meaningful way.

My expectations are tempered by the knowledge of how difficult it is to create a special edition model — I know for a fact that the recent CRAFTED Line introduced by Lexus USA was an extensive internal process.

Even so, I don’t get the sense that Templin is speaking of a 25th anniversary special edition, but rather the upcoming new models in the pipeline. Just think — the next twelve months could see the introduction of the next-generation RX & LS, the high-performance GS F, and perhaps even the production-ready version of the LF-LC.

That’s my take — what do you think Lexus should do to celebrate its 25th anniversary?

They should have special editions for their best sellers and also their LS since it was their first model. One more thing, they should call me and give me a LFA.
We just recently got a '15 RX (even though I knew a new generation was in the making) so I can't wait to see the next gen. I still wish I had waited though... I just got sick of the Volvo we had. Now have a '13 GS and '15 RX. Hope the new LS will be a wower and actually become a little more competitive in the segment. LF-LC should be gorgeous, I just can't wait for what Lexus has in store for us. Oh and as to the GS-F, I REALLY hope to see that pop up since I've fallen in love with my current GS.
For all I know it is not possible, but wouldn't it be a jolt if they fooled all of us and launched . . . an all-new revolutionary LS to celebrate the 25th anniversary! . . . revolutionary like the first 89! :-) In our dreams . . .
I agree with the Cohen statement.....The anniversary should be marke with special edtions for best sellers and the LS should be focused on with a magnificent introduction of something awesome and spectacular. The LS is what catapulted LEXUS into deep waters and blew the competition away 25 years ago. The next generation LS should, in my opinion, be jaw dropping and loaded with technical marvels with super competitive engine variants. Move and Wow the World again as it was 1989 all over agin ! Go for it LEXUS....if anyone can do it.....AKIO TOYODA IS THE MAN !!!!
GS F is more likely, then an RC Convertible, IS F concept, TX concept, RX concept or LS concept
Wish they reveal something about upcoming LX 670 turbo....... :)
I think it should be the new LS. They did the extensive facelift but for the 25th anniversary they should bring the new one.
What happened at the 20th anniversary? If it wasnt anything huge then, then it probably wont be anything huge now either.
Saying that they will produce the NX and IS in the United States for an better inventory. Not enough cars for everybody.... :-)
RS Soft top version / edition!! ;)

Mercedes now has a hybrid S-class(plug-in) that thoroughly beats the LS 600h. Lexus needs to go back to being on top of the hybrid game.