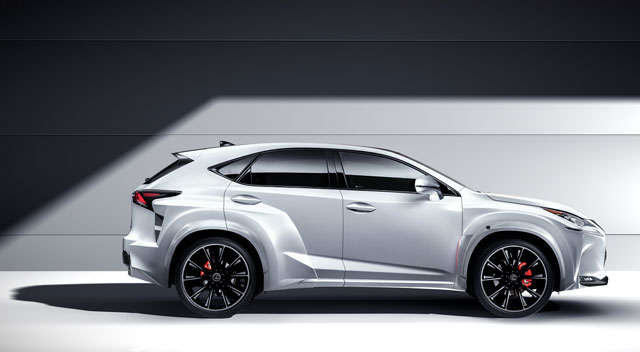 The custom Lexus NX F SPORT designed by musician Will.i.Am was revealed at an event last night in Paris — let’s start off with the official images:

The exterior reminds me of the custom-built IS F SPORT from SEMA last year — the wide-body is well-integrated, and the white carbon wheel arches works well: 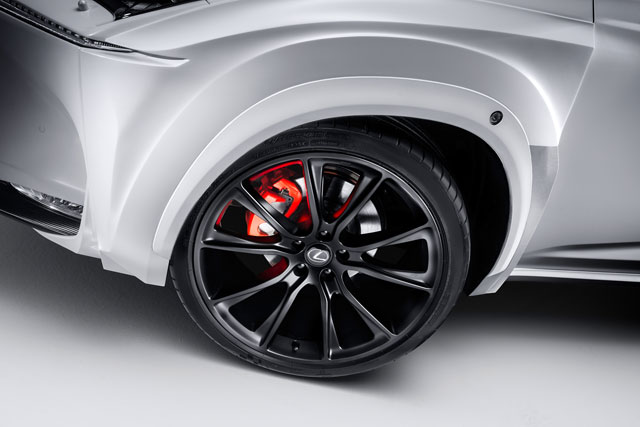 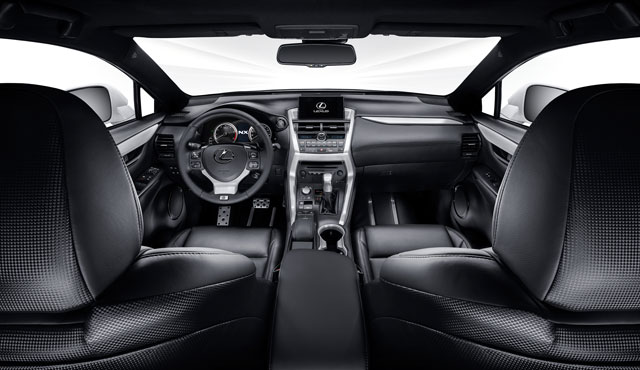 Also released were some photos from the launch event — here’s what the Will.i.Am NX looks like in real life:

Overall, this collaboration was much more successful than I was expecting — obviously, the end result won’t suit everyone’s taste, but the same could be said of any vehicle. Well done, Lexus Europe & Will.i.Am!

William, I didn't know you had such great a Lexus vision! Very impressive!
very good stance that car is. it got the Porshe stance, something lexus should think about
Really! Impressive if you're 25 years old. I don't think that's Lexus target audience. I believe it's the 35 to 40 year old. No thanks. PLUS... it will be out of the younger whiper-snappers price range.
Oh, one more thought, it almost looks like it's a rally car. Just sayin.
Looks awesome! I would certainly get one. Only issue I can see is that the brakes look really small. Need some heavy artillery Brembo's in there!

I don't think that's necessary, it's not like it's a high performance CUV.

No
I thought it looked good at first, but then I had a look at the pictures on Carscoops.com (http://www.carscoops.com/2014/09/william-designed-lexus-nx-revealed-at.html) Looks cheap to me.
Wow! This thing is extremely ugly. Lexus' reputation is on it's way Down the drain. I hate this new rap/hip-hop/ghetto-in-tha-hood image. I might go BMW or Mercedes instead next time for my New car.
Lets try NO.
Why this guy is allowed near cars is beyond me.
I think it looks great. Remember the "Rap/Hip-Hop/Ghetto" is what makes the German premium desirable to others. I think it looks awesome. Now it just needs 600 PS.

You have to be american to have such a twisted and uncorrect view on the German Automakers and what makes them desirable.
Well, I'm German, but not patriotic or nationalistic.
Sure you are ...
.

just horrible - looks like bits and pieces just stuck on to flare the arches - it has no sensual beauty or aesthetic lines - what are lexus thinking?? Will.i.am to design a car!!?? Really, I mean come on!! Personally, not for me - it's great to be different and "Bold" but that doesn't mean just plain hideous / ugly!
They could have had f.x Zagato do a special model. But nooo! Lets get a "rapper" do a "design". It's like 'The Homer'. http://blog.caranddriver.com/wp-content/uploads/2014/06/Unknown.jpeg
I have never considered will.i.am to be a designer. I feel vindicated.
Will i Am buying this edition? hell no