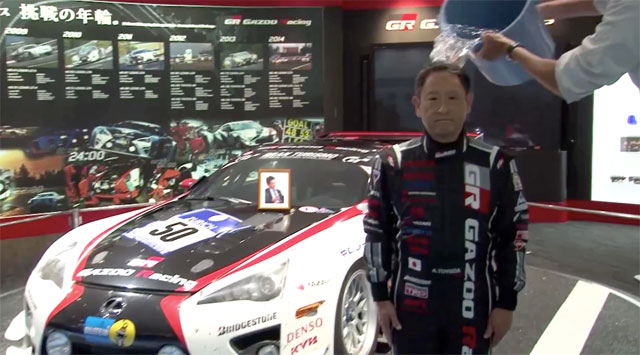 The ALS Ice Bucket Challenge is a social media charity campaign, where participants record themselves being dunked in ice-cold water in order to raise awareness of Amyotrophic Lateral Sclerosis (ALS), or “Lou Gehrig’s Disease.”

So far, the campaign has raised more than $40 million dollars in donations.

Donate to the ALS Association

In the NewsLifestyle
Akio says so.

I want to see some from German car company, BMW?
I'll take the ice bucket challenge to borrow the LFA for a day ;)
I'll do the tub challenge for a LFA.