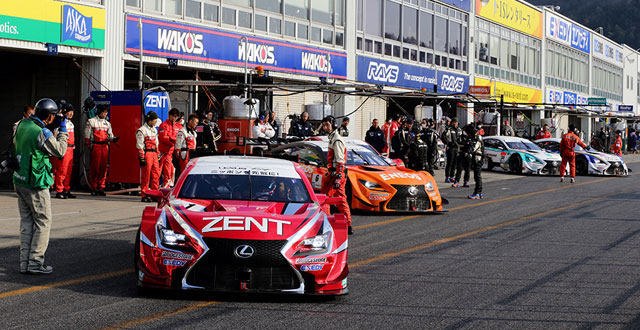 This weekend, the first race of the 2014 Super GT season takes place at the Okayama International Circuit in Mimasaka, Japan.

This will mark the official debut of the RC F GT500 race car, which will be used by six teams — here are the six race cars in their final livery:

The six teams also gathered for some group photos:

Krew, I know you corrected your comment last time I stated that the image you showed wasn't the actual NX... Though looking at this one I would say it's pretty darn close.
RC Fs First, Second and Fourth :)