END_OF_DOCUMENT_TOKEN_TO_BE_REPLACED " /> New Lexus President on the Brand’s Design Future | Lexus Enthusiast
Menu
Log in
Register
You are using an out of date browser. It may not display this or other websites correctly.
You should upgrade or use an alternative browser. 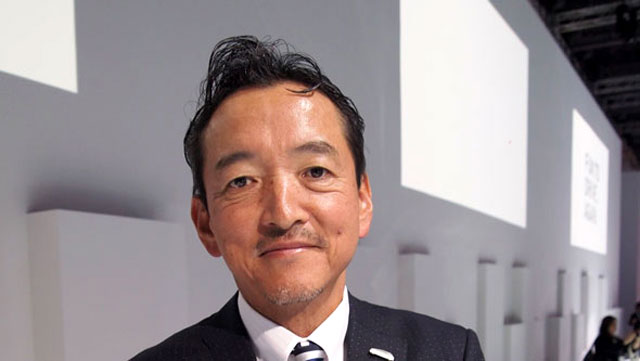 Automotive News editor Dave Guilford had a chance to sit down with Tokuo Fukuichi, who takes over as president of Lexus International on April 1:

In an interview at the Geneva auto show, Fukuichi, speaking through an interpreter, parried a question about Lexus’ design future by saying, “The honest and frank answer is we really don’t know.”

“I think it’s rather strange, because we have other products that we use as consumers, the mobile phones and other devices, which change and evolve in a much shorter time span,” he says. “So I think it’s a little weird that we’re not doing that with the car.”

We’re in an era when everyday products like wristwatches will be supplanted by smartphones unless they offer some style, some psychological value, Fukuichi says. Mix in the prospect of self-guided vehicles, and the future looks mysterious indeed.

But Fukuichi finds it stimulating: “I think it’s quite exciting if we think about the future in that way.”

So do people now cross shop cars with phones?
We think the coming LF-NX is revolutionary in design . . . and the coming NX will offer Turbo?!!! Wow???. . . Fukuichi-san's comments may not be so parried. Take a look at Tesla's coming Model X. http://www.teslamotors.com/modelx Cutting edge design, performance, and utility! . . . AWD and 0-60 MPH easily in under 5 seconds! Falcon Wings affording easy "step in" third-row access . . . And cutting-edge design that's aggressive and classy at the same time. Take a look . . . Toyoda-san was so impressed he gave Elon Musk 50 mill.