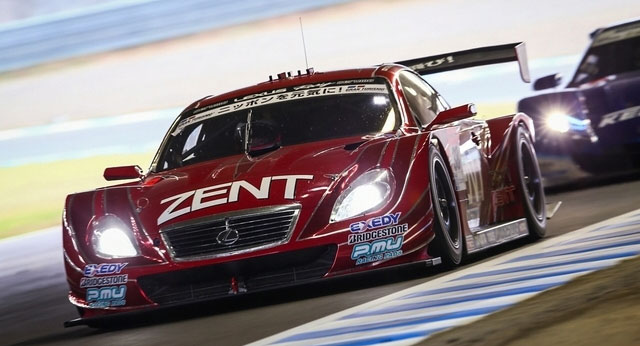 As the Super GT season comes to a close with last week’s Round 8 race, the third place finish by the #38 ZENT CERUMO SC430 team of Kazuki Nakajima & James Rossiter secured enough points to win the season championship.

This marks the end of the SC 430 era in the Super GT GT500 class — next year, the new RC coupe will start a new era of Lexus racing in Japan.

(The ENEOS SUSTINA team of Kazuya Oshima & Yuji Kunimoto won Round 8 in the #6 Lexus SC 430. Impressively, the team remained in first place for the entire race.)

Watch the Super GT Round 8 Highlights (in Japanese)

Lexus needs to advertise this racing more to get more people to see what their about. Nice win !

Hangs up these posters of the GT races in Lexus dealerships. advertisements on TV. If Lexus wants to change their perception these GT seasons would be a great way to boost that

Damn if the SC430 GT500 can beat GTR,SLS,Lambo with no sweat imagine what the RC GT500 would do in the 2014 super GT season.
Congrats on a great season and a great run over the years.