END_OF_DOCUMENT_TOKEN_TO_BE_REPLACED " /> More Photos of the 2014 Lexus CT 200h | Lexus Enthusiast
Menu
Log in
Register
You are using an out of date browser. It may not display this or other websites correctly.
You should upgrade or use an alternative browser.

The updated 2014 Lexus CT 200h has been spotted once again — Car Advice has the photos: 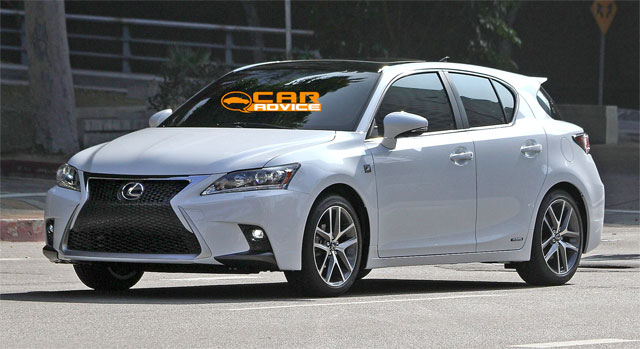 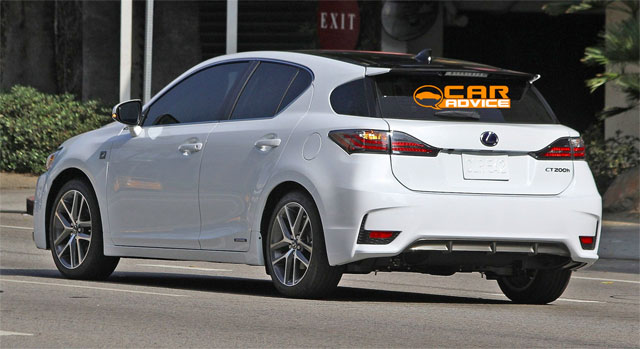 The pure white license plate matches the spy photos seen last month, as does the white exterior and blacked-out roof — Car Advice speculates on when the new CT will debut:

The 2014 facelift is tipped to be unveiled at either this month’s LA or January’s Detroit auto show before landing in Australia in the first half of 2014.

(One final note from the photos — the rear badge remains CT 200h, which confirms that there has been no change in the hatchback’s powertrain.)

Much much better from Lexus. All Lexus has to do is make the spindle grille attractive and they've succeeded in the GS, IS models and now the CT is very aggressive and attractive
A manual transmission would be nice with a non hybrid engine.
Was hoping to see another powertain this gen - but lexus confirmed otherwise ...
Very nice job Lexus!