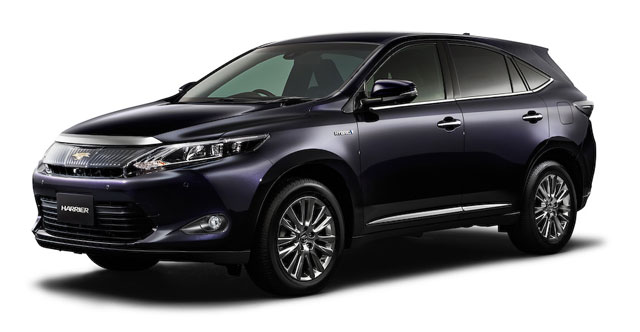 A brief moment of Lexus history for anyone new to the brand: despite being a Japanese company, Lexus vehicles were badged as Toyotas in Japan until 2005. For instance, the Lexus LS was known as the Toyota Celsior, the GS was the Toyota Aristo, and the RX was called the Toyota Harrier.

When the Lexus brand finally launched in Japan in 2005, the Toyota versions were phased out one by one until none remained — so, imagine the surprise when Toyota announced plans yesterday to reintroduce the Harrier crossover in Japan:

Unlike the previous generations, this Harrier is much more than just a swapped badge — however, the similarities between the Toyota & current Lexus RX are unmistakeable: 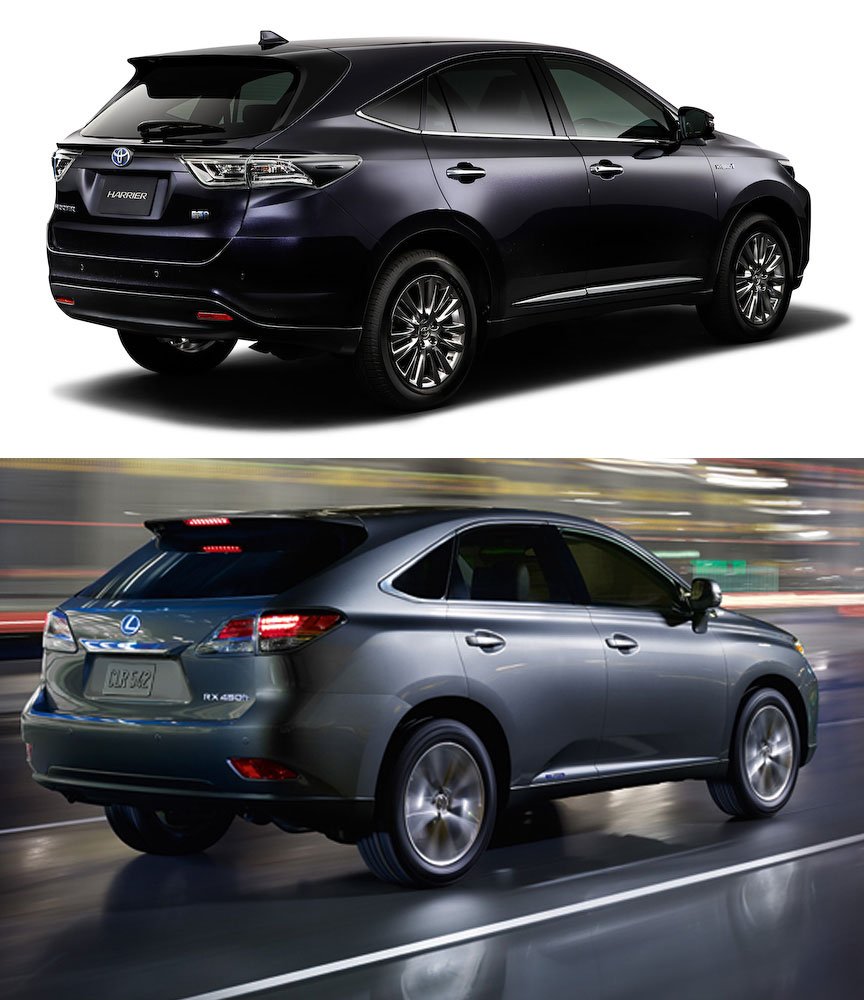 Some media outlets have suggested this new Harrier hints at the next-generation RX, but it seems unlikely. The current RX was introduced in 2009 and refreshed last year, the next-generation RX is likely two years away. Surely, Lexus has more bigger plans for its best selling model than basing it on a JDM-only Toyota.

(Not to mention, Lexus sells the RX in Japan and having two identical models would do nothing for brand perception — though that hasn’t stopped them with the Lexus HS & Toyota SAI.)

This post is fairly odd and interesting at the same time. I kind of like this variety.
well there goes the RX with Toyota mask ;|
The engine would be the same as the RX300h in 2015.
Great minds think alike! There are quite a few parallels and similarities of opinion between this story and what i just posted on Kaizen Factor: http://kaizenfactor.wordpress.com/2013/07/26/the-upcoming-3rd-gen-toyota-harrier-its-not-a-preview-of-the-4th-gen-lexus-rx/

As usual, krew is the most intelligent out of all of those other journalists, especially some of them at Club Lexus. Thank you for having the sense in discerning between this and the AL10 RX's 2015 replacement. Within 15-18 months, that will be showing up as currently Lexus readies next-gen RX prototypes as we speak about this new Harrier.
Good work on the pics, Krew. I think the RX will jump to the Highlander platform, and gain the size that comes with it, to offer 3-rows. I personally would like to see them offer a standard and long wheelbase, not just a larger, one-size-fits-all. As long as they drop the the truck-based GX, the are on a righteous path..... BD
The 2nd generation Harrier was still in production up until last month and sold along side the 3rd generation RX. Apparently, Toyota has recently taken the Harrier page offline in anticipation of the new Harrier. I think this is the 2nd time in Toyota's history where they created a new Generation and still made the old body style, the first being the 1984, x72 Mark II Wagon that was discontinue in 1997.

This was my mistake -- I didn't realize the 2nd generation Harrier lasted that long.

I'm not talking about variations of the same generation vehicles being sold. I'm talking about two different generations being sold side by side, hence my example of the Mark II wagon and the sedan.
I'm quoting the original post . :P But you're right , Toyota did do the same thing & not just the Mark II Wagon ... as I can recall , Toyota didn't make Corolla or Sprinter wagon when they were producing E80 Corolla/Sprinter , so the E70's Wagon was keep on selling ; and in the late 90s , Toyota keep making the E100's Wagon instead of making E110's Wagon (although E110 does have Wagon , it come as Sprinter Carib) .

Thought this one is based on the RAV4 platform instead of new RX, simply by looking on its wheelbase, and 2.0L petrol for its base model.