For a weekend in January, I became an official member of Joe Bacal’s JTGrey racing team, who are entering the 2012 SCORE off-road season with a brand new LX 570 race truck. The following is the second part of a three part series detailing my experience (Link to Part One).

The subdued mood continues through to Saturday morning, with the entire team resigned to the possibility that the LX may not make it a single time around the track.

Even with the uncertainty, Bryan is upbeat and excited to be sitting in the passenger seat, and pretty soon his enthusiasm has spread, with Joe promising him at least one good jump regardless of any electrical gremlins.

Leaving everyone to make the final preparations, I head out onto the track in my orange Media vest with hopes of getting two or three photos before the LX quits. However, I soon realize this is not an easy task — although the course is a loop, the track runs like a scribble in the mud, and it’s virtually impossible to see the entire race from any one vantage point. No matter what position I chose, I’ll only be able to see the LX for thirty seconds at a time.

Soon enough, Joe & Bryan reach the start line, and the green flag waves them through the gate: 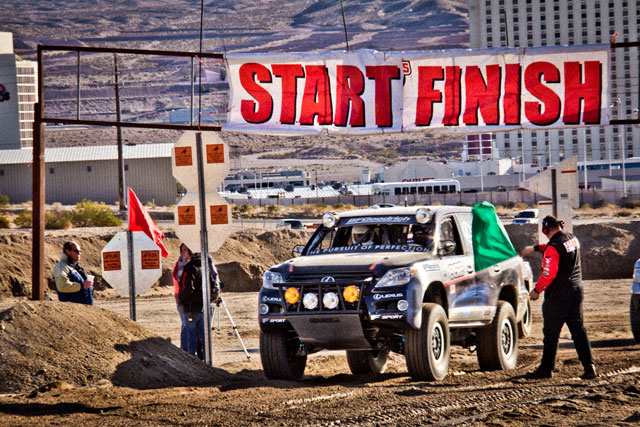 From there, the LX starts down the straight, disappears over the first hill and leaves me wondering if I would see the truck again before the race’s eighty minute time limit is reached.

To pass the time, I busy myself by taking photos of the other trucks: 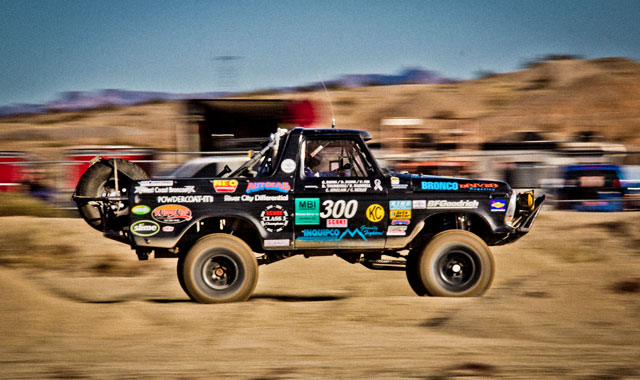 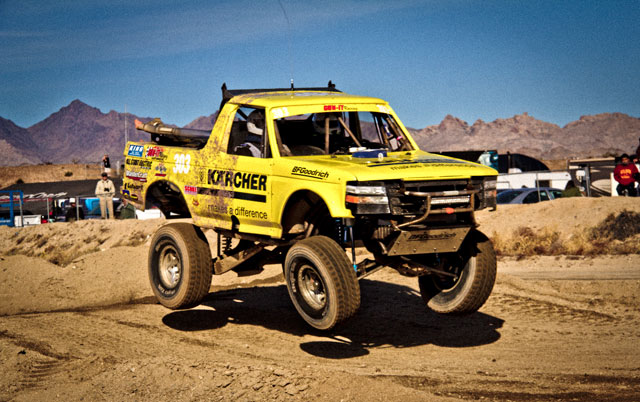 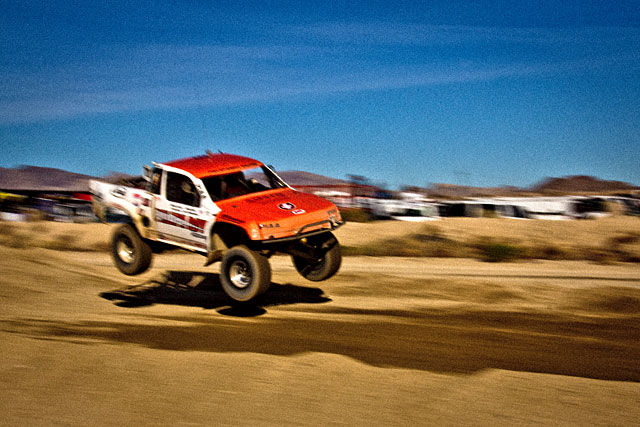 On average, it should take Joe no more than nine and a half minutes to make it around the track, so eleven minutes into the first lap, it’s easy to imagine a worst-case scenario — but soon enough, I spot the LX right before this jump that launches it into the air: 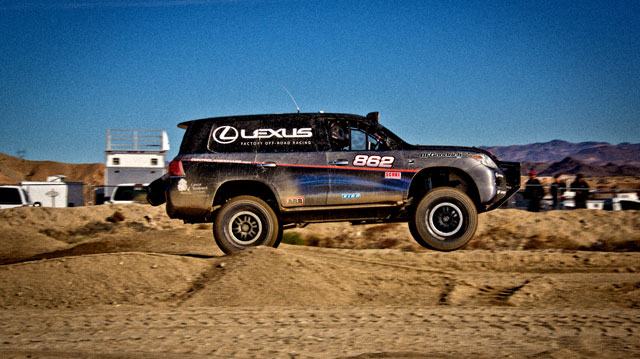 Despite all our earlier worrying, the LX appears to be running like a champ, and soon a pattern emerges — every nine minutes, Joe, Bryan and the LX hit my area of the track and I snap photos until they disappear again: 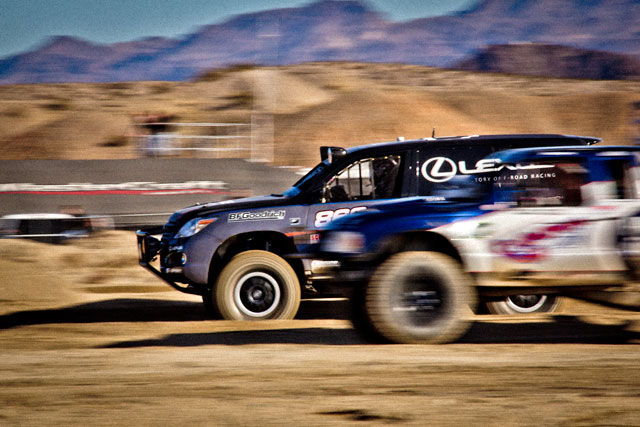 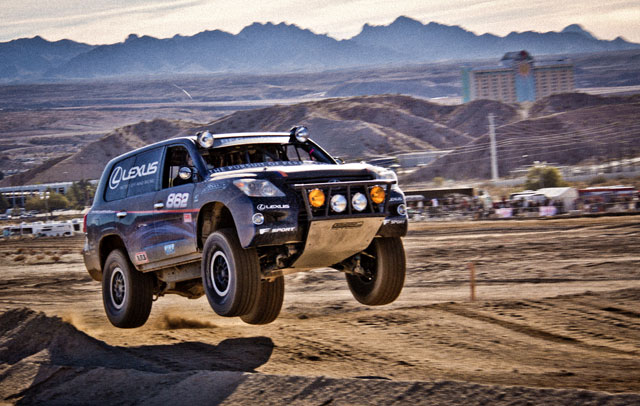 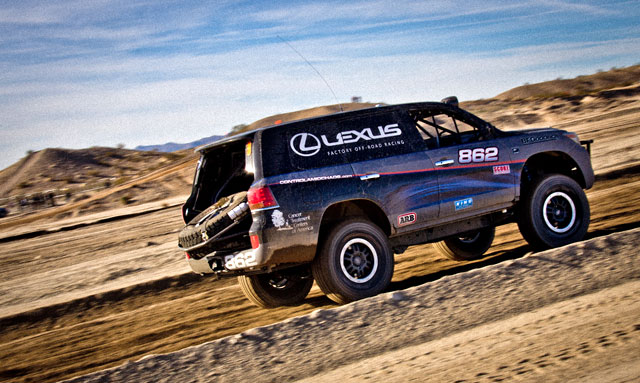 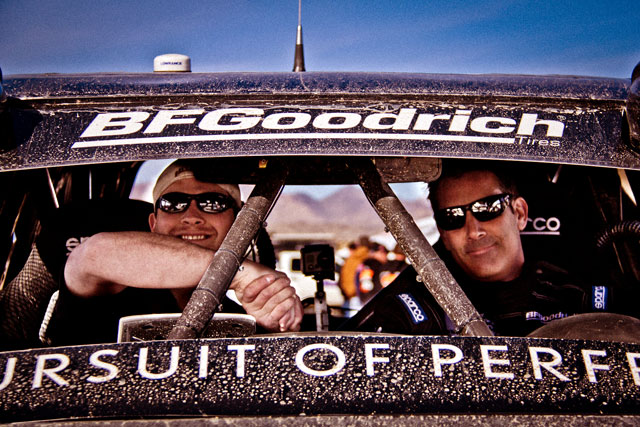 Once he’s settled back at the tent after the race, Joe gives me the full story, explaining that the LX went into limp mode ten times during the five laps, including two times when they were just about to pass the leader and take first place.

Bryan feels the same way. “At first, I was just excited to be there and have the opportunity to be in the truck,” he explains to me, “but when things started going and we were actually competing, that was something else. When we missed the leader at the end and finished second, I really was disappointed because we were so close.”

That night at dinner, Joe asks me how I’m feeling about the race tomorrow morning. I let him know that I’m little nervous, and that even after talking with Bryan about his experience, I still don’t know exactly what to expect.

In response, Joe pulls out his iPhone and shows me this video of a crash that happened earlier that day between two Trophy Trucks:

“Things can go really bad, you know,” he tells me, his face halfway between serious and teasing.

Check back tomorrow for the final part of my weekend with Joe & the JTGrey Racing Team! 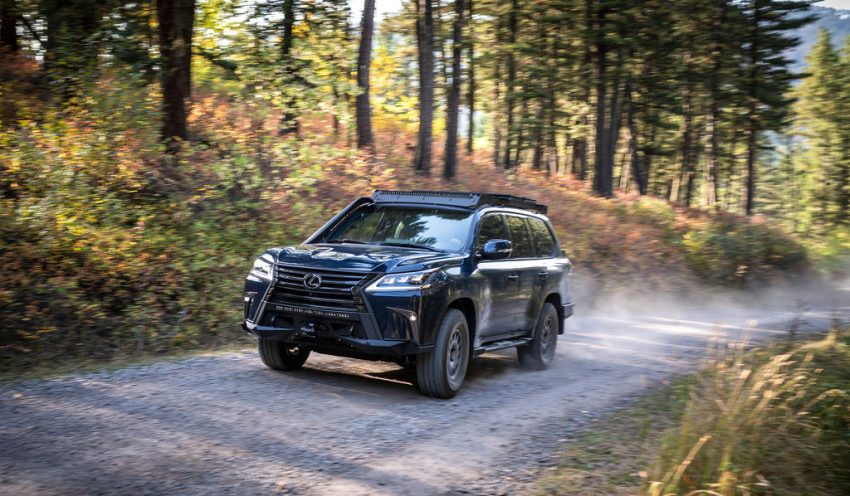