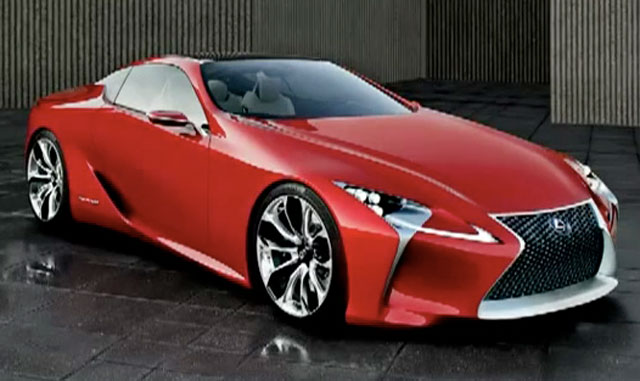 In a screwup of epic proportions, Road & Track accidentally published a video on their Youtube page revealing the Lexus LF-LC concept set to debut at the Detroit Auto Show in January.

The video has since been taken down, but not before spreading like wildfire across the Internet — here’s some screenshots taken from the ten second clip:

Also mixed through the video were cut-up shots of the side profile — here’s my attempt to composite them together (click for a larger version):

The image doesn’t respond well to boosting the brightness, but it does reveal one crucial detail — the LF-LC will be a hybrid: 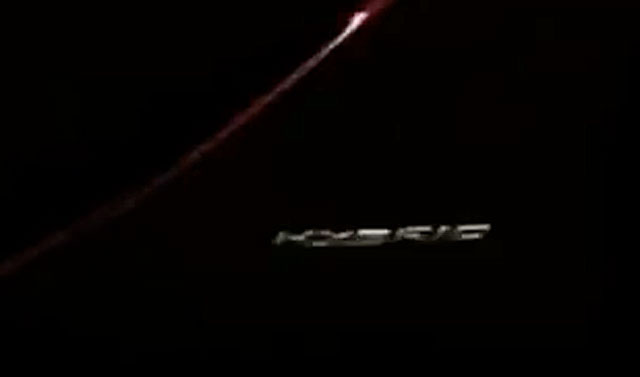 Considering the poor quality of the video, there’s still plenty left to see of the new concept — but I have to say, this LFA-inspired coupe is nothing short of amazing.

More tomorrow (after I have some time to absorb all this awesomeness)!

But with this picture ... it show itself as a Hybrid & it's really is a next SC looks !
Just realize it's 2+2 ... a tiny headrest spotted !
Love that side shot!
that hybrid badge was a nice catch! excellent job!
Seems a nice design, but I will have to see better pictures, because I'm not completely convinced.  Some detail proportions are not quite perfect, imho.
Wow, a pitty it came out this way, I was looking forward to a campaign full of teasers.
OMG!!!! BEAUTIFUUUUUUUUUUUUUUUULLLLLLLLLLL
See this: http://www.bilnorge.no/bildegalleri.php?b=bb_109248.jpeg&aid=38732

Thanks for the link BD
The roof is incredible... plus, it looks like it has a bit more space in the rear seats, than the latest SC. Although I love how the LF-A turned out, I hope the production version of this car stays closer to the Concept.

Rear seats :)
Wish granted to all of us!!! I WILL own one if it goes into production!

I guess we must have all been good this year.Merry Christmas!

I think this is a really nice platform for them to build the next SC on! This is just a concept like the first show GS concept was, and that was also a bit “over the top” as well. If you just imagine where it might be changed for a production model, it has the potential to look very good, inside and outside. The light cluster and grill might be changed with lenses and projectors added and perhaps the front bumper grill divider may be added like in the GS. I think should look pretty good if/when they green light it, and the performance should be there as well. The side profile gives the impression of an updated original SC coupe. I am happy with their efforts so far, and hope to own a version (F) of this car some day….
Thanks for sharing such an interesting information.
Merry Christmas from R&T! BD
You also know its a hybrid because of the blue tint around the circle L logo on the front grill.
It looks like they figured out a way to incorporate the scooped out section from the FT-HS while not affecting the 2+2 configuration.Deceptively brilliant!
Lexus' European press release says this is a design exercise of what a futuristic sports coupe can look like. From what I can understand, this is probably not a new car they are planning to put into production.
Hi-res photo and Lexus USA press release available here: http://pressroom.lexus.com/releases/lexus+unveil+sport+coupe+vehicle+naias+detroit+dec+2011.htm?view_id=30313 She's a stunner!
Very impressive------LFA--inspired and just what LEXUS needs for the whole world to enjoy.I really love the enhanced "L" shaped curves and angles every where. Even if it is toned down slightly like the GS was, it will outstanding----please put into production soon.....MB new revised coupe looks terrible and dated already and it has not been released yet. LEXUS has the edge and needs to use it quickly......Great work Calty and Thanks to Mr. AKIO as well.
Wow! This car is amazing! Kind of sad though because it seems like it will be called the LC and not the SC.
Got a boner!
Wonderful!!!
Now THIS is what a Lexus super car must look like. I must admit I'm not keen on the LFA but this: I just had a vehicular orgasm. Must have it today...........now............yesterday.