After some issues with my photos, I’m ready to get back into my review of the 2013 Lexus GS with some quick impressions on the GS 350. Here are parts one, two & three of my review.

With the technical presentation part of the day taken care of, I set out with partner-in-crime, Michael Ferrara from DSport, in a Liquid Platinum GS 350 equipped with the Premium Package — which is to say, heated/ventilated seats, a rear sunshade and rain-sensing wipers — and optioned with the 12.3″ navigation display and 18″ wheels.

Our first stop was a tiny roundabout overlooking Dana Point harbor, where we snapped a round of photos: 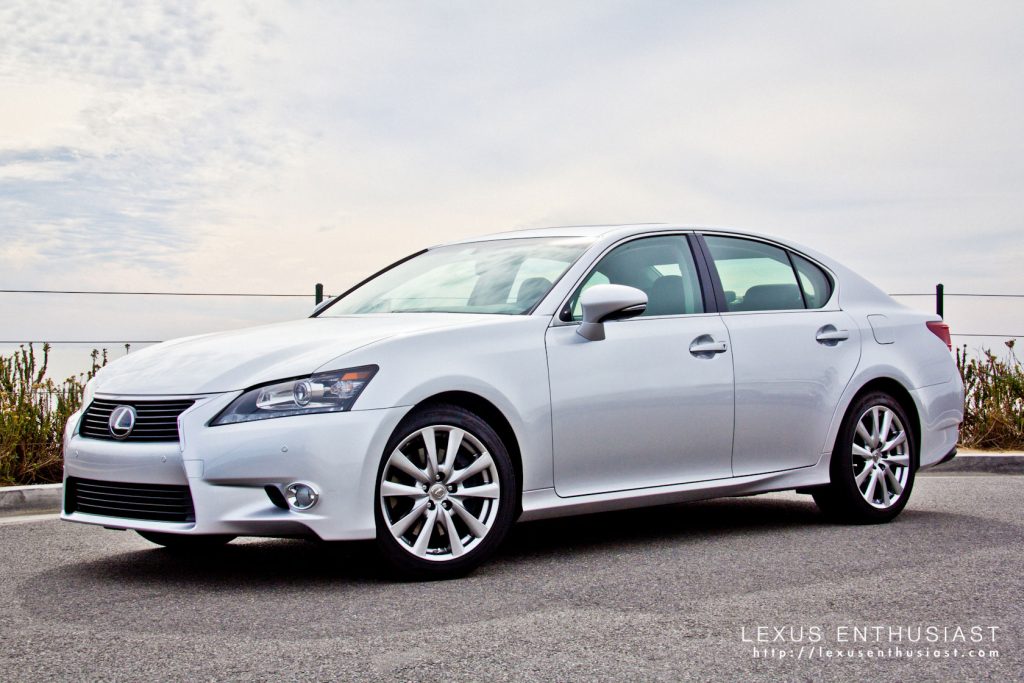 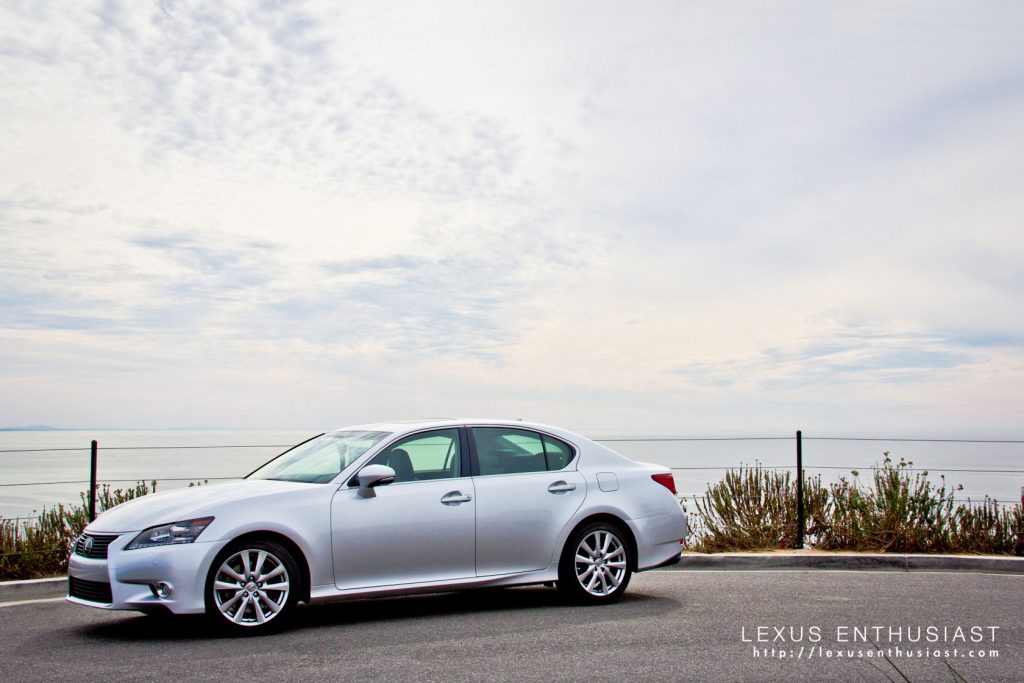 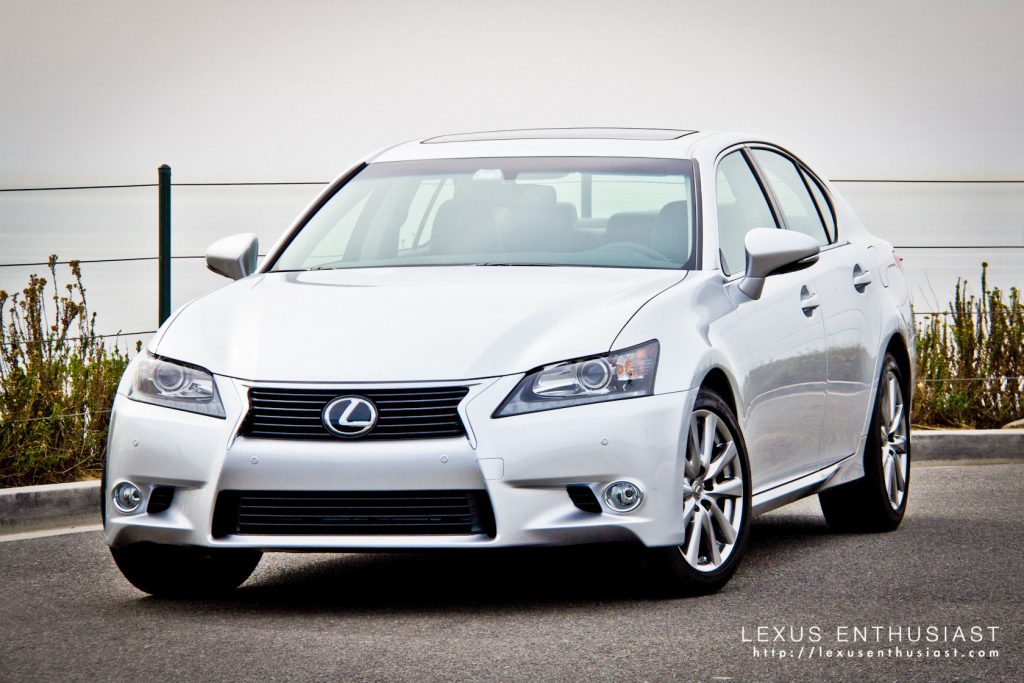 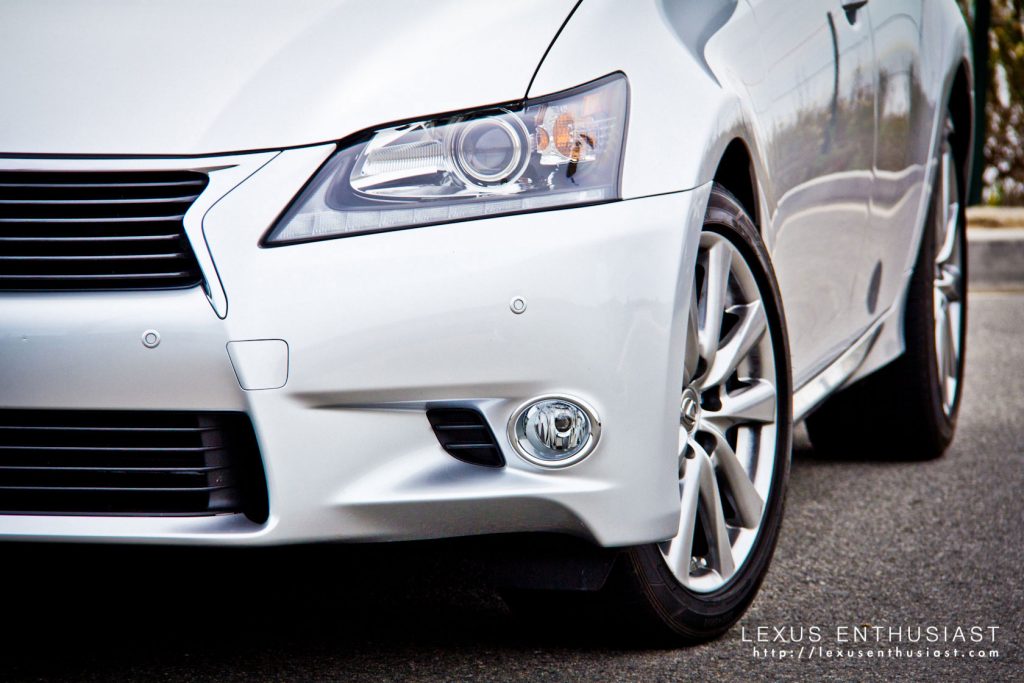 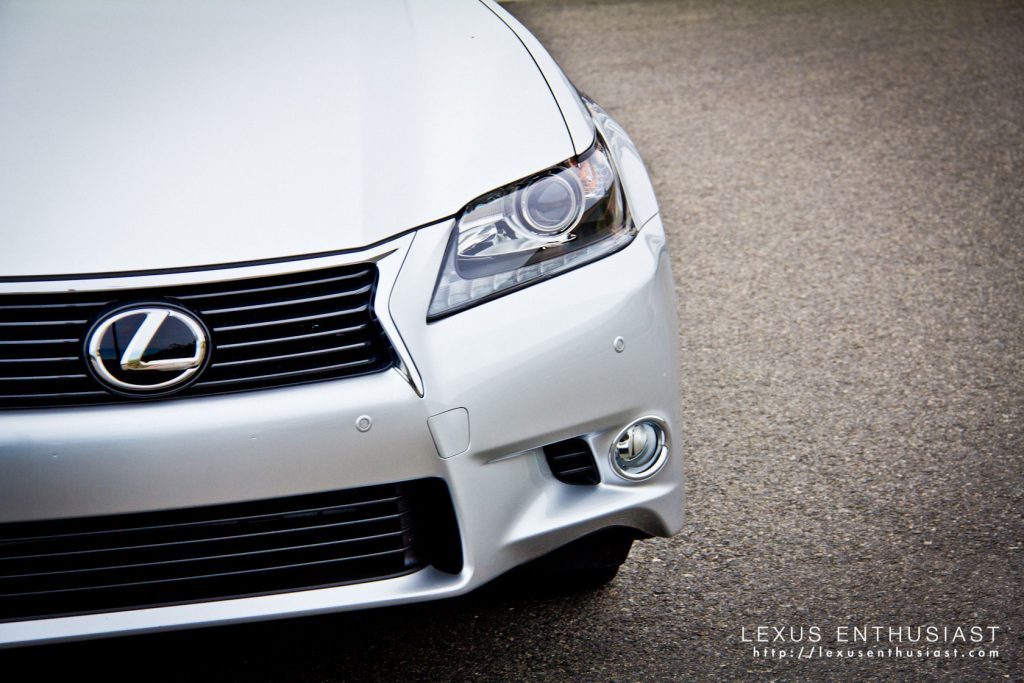 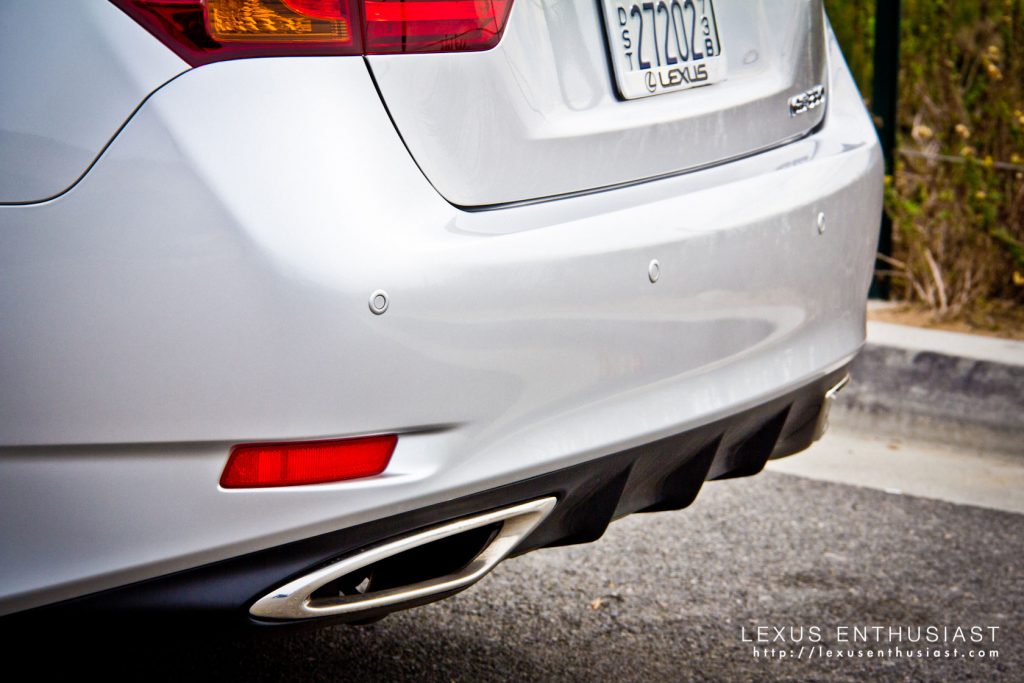 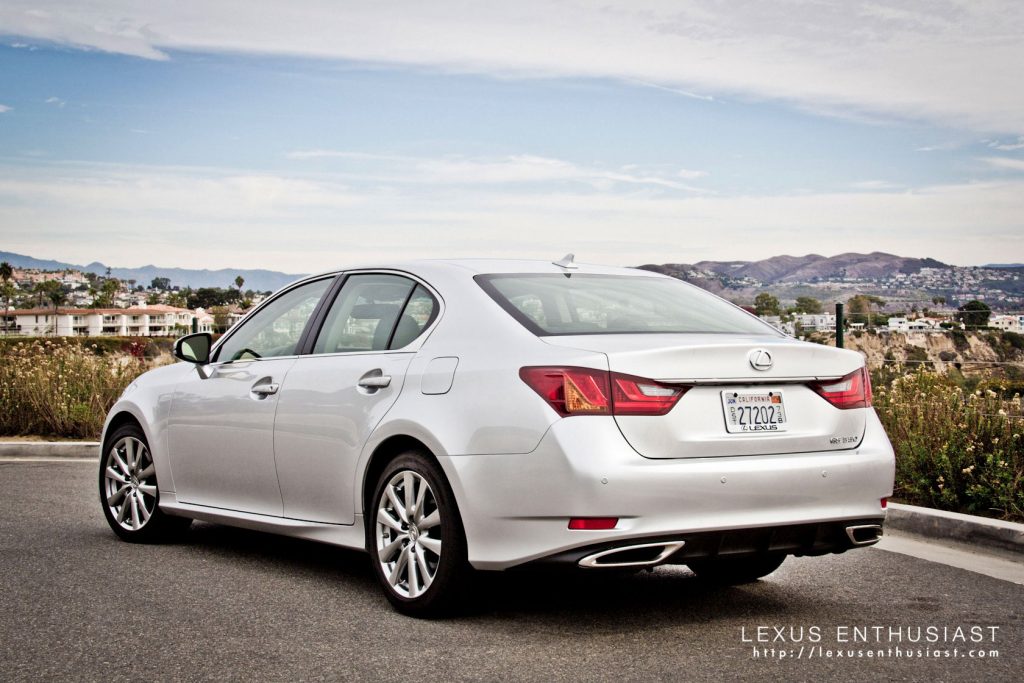 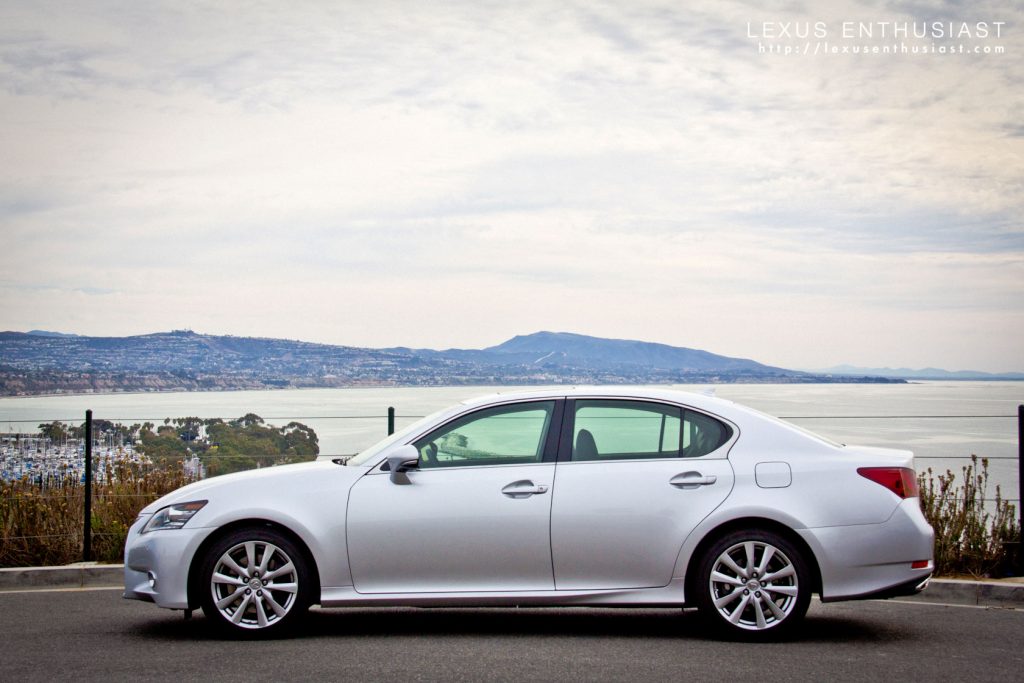 Somehow, the Liquid Platinum manages to not look like paint at all, but instead appears like glass, reflecting its surroundings and revealing every curve and fold in the sheetmetal. It’s also a great color for examining the exterior design — here’s some various observations:

Back on the road, I spent my time in the passenger seat experimenting with the new Enform 2.0 system, which was using an iPhone 4 to provide connectivity. Unfortunately, these GS prototypes were not loaded with Facebook or Yelp — the two apps I was most interested in — but Pandora streaming worked well, as did the Bing voice search, though the search results are limited to locations only (Michael’s suggested example: “Brazilian Ju-Jitsu”).

After getting used to the previous Remote Touch system, it’s not a big jump to the new controller — at first, I found myself missing the dedicated ENTER buttons, but adjusted quickly. The new system needs a lighter touch than the previous generation, and once I realized that, I had no problem pushing down on the controller to select menu items.

With my time behind the wheel of this particular GS limited to just twenty minutes on the highway, I can only provide some broad strokes on performance:

No sooner did I get comfortable than it was time to switch vehicles, and did we ever luck out, scoring a GS 350 F Sport in black — but more on that in the next part of my review. Until then, here’s some photos of the GS 350 in Rivera Red and Deep Sea Mica: 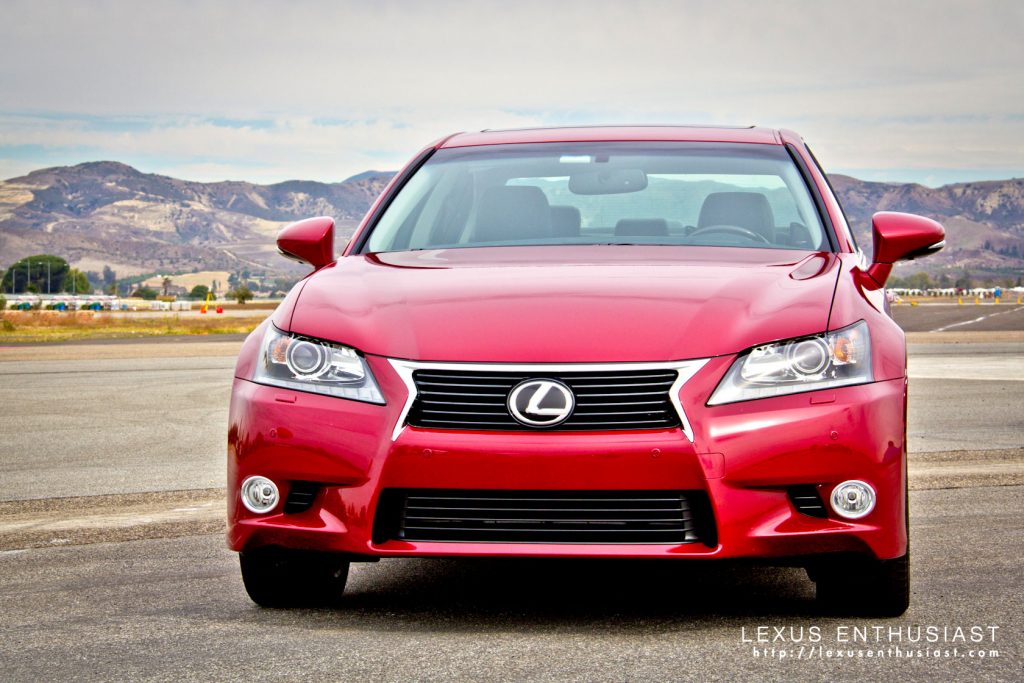 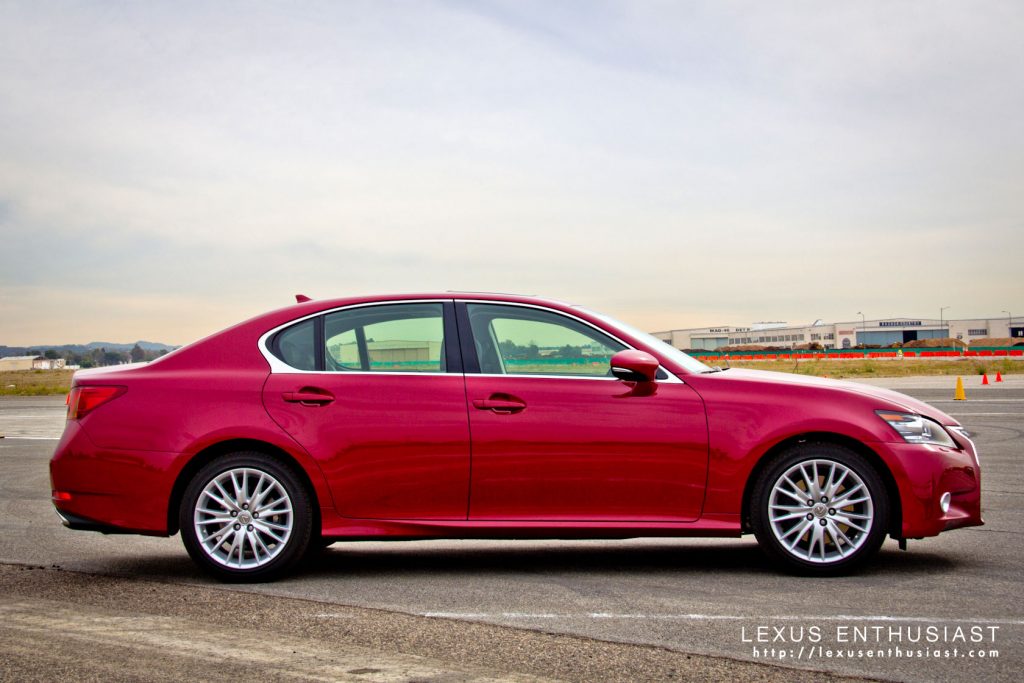 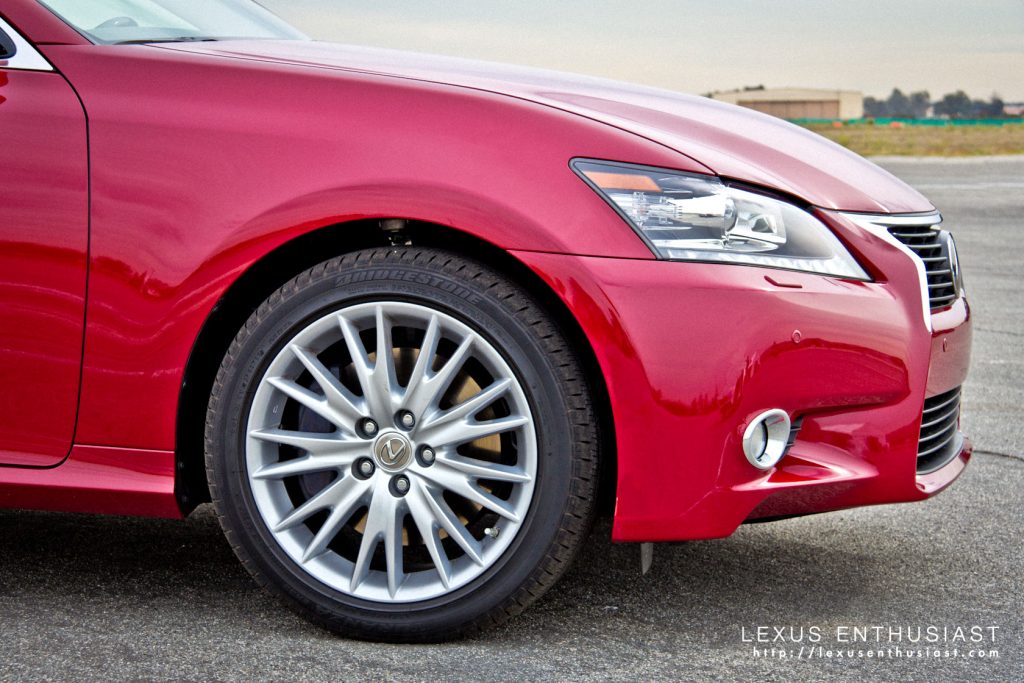 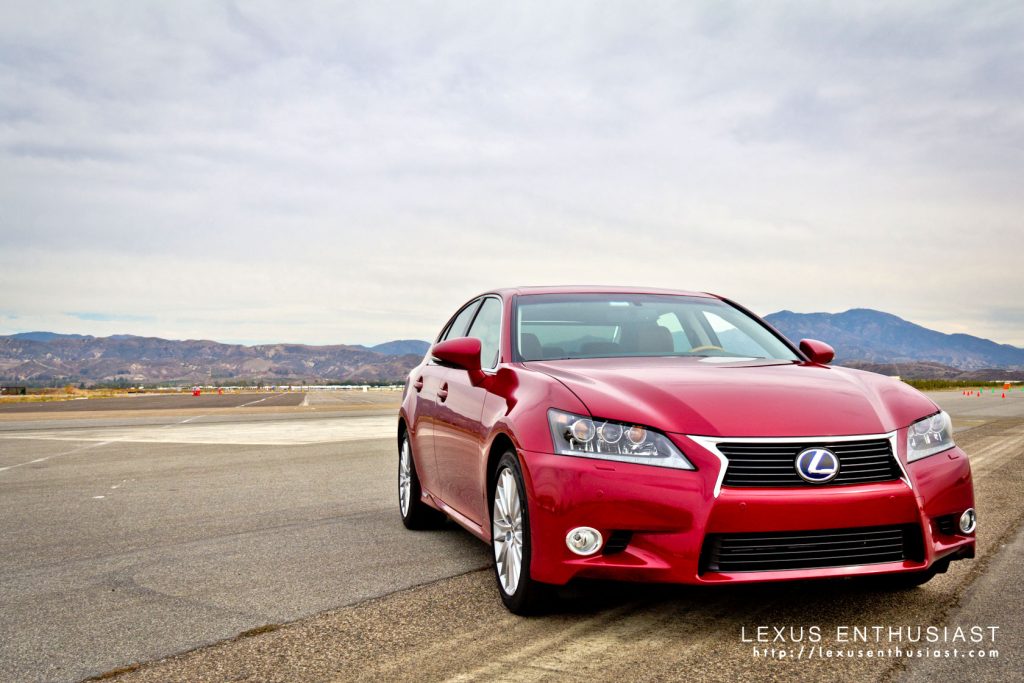 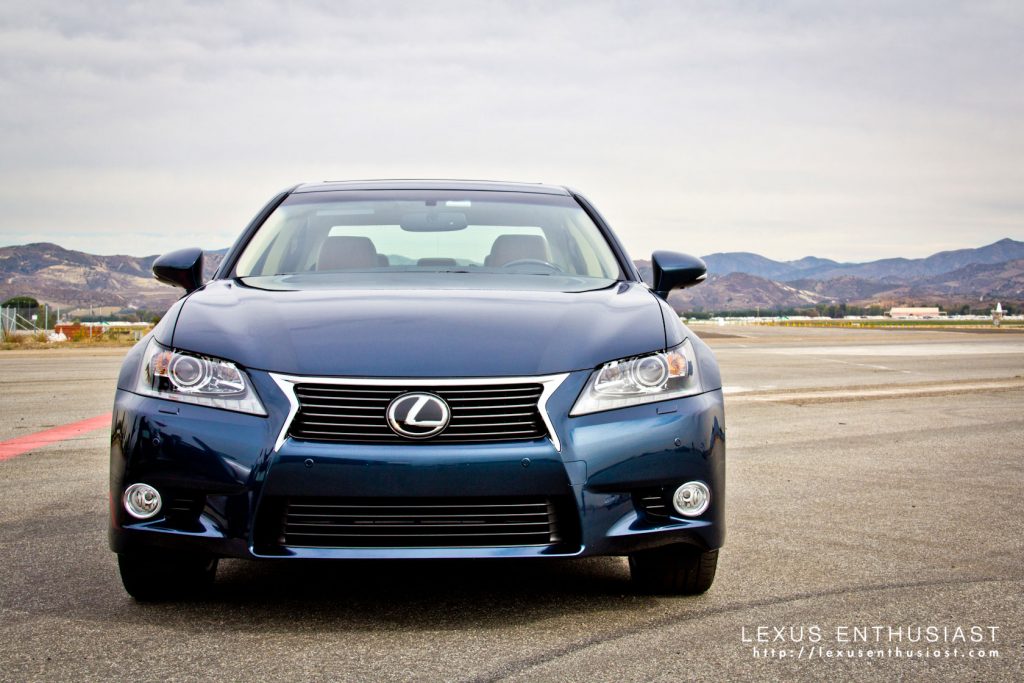 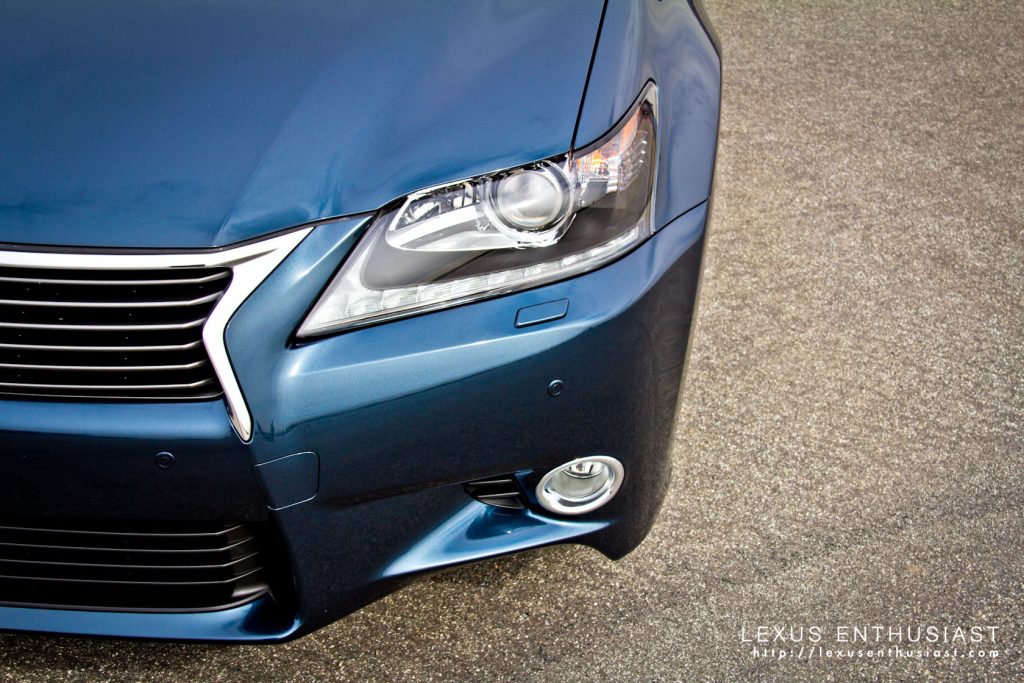 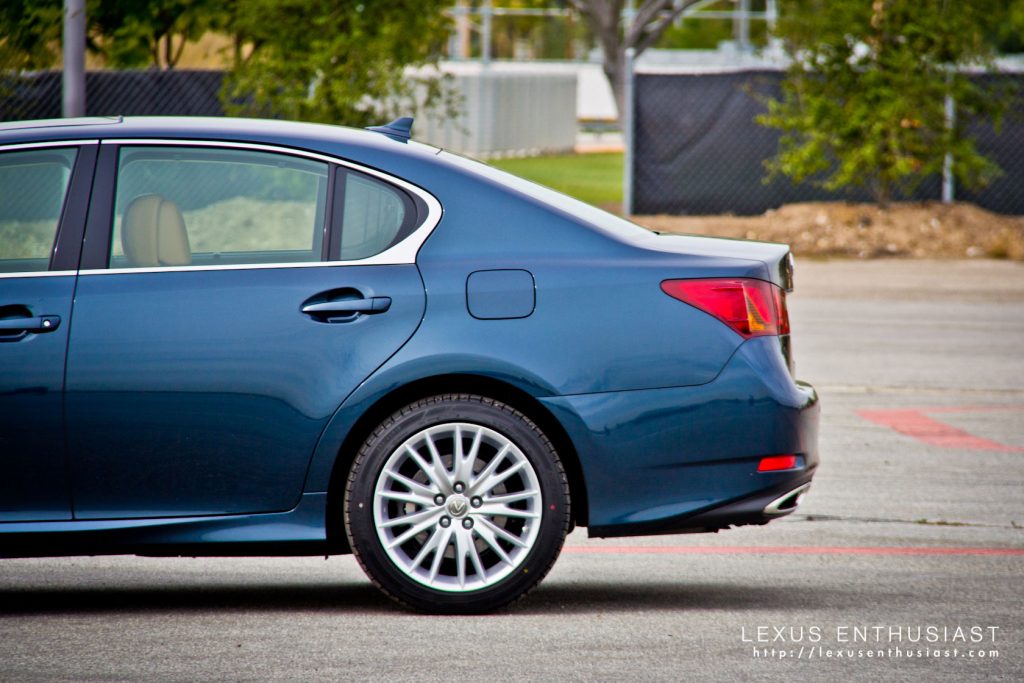 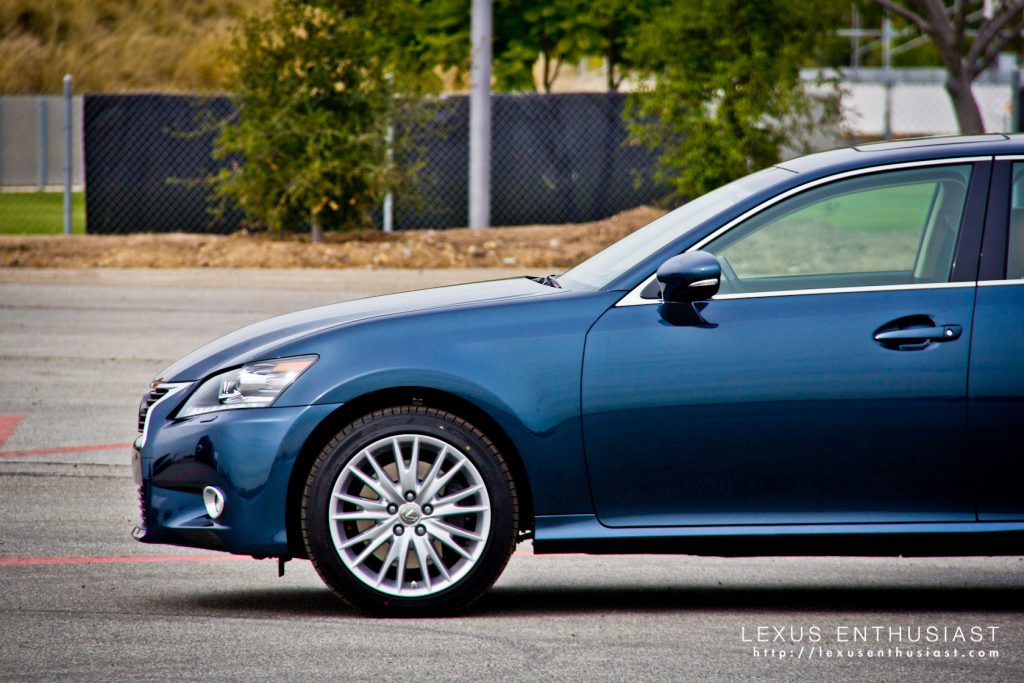 the liquid platinum is supposed to be superb in person. Cant wait to see it
You answered my 1st question right away without me even having to ask.I was wondering about how Liquid Platinum looked in person,especially on the F-Sport.How does it rate to the F-sport model in Obsidian?I'm not liking the shade of the Rivera Red as it reminds me of lip stick or finger nail polish,but I do love how it has both fine crushed glass & coarse glass flakes in it.It gives it a custom look.Even though I'd choose another color,I'm surprised how handsome & elegant the GS looks in Deep Sea Mica.I also love it in Starfire Pearl,but only on F-Sport models so it still has a masaculine look.Another color I would love to see this car in would be like a Deep Jade Mica that my '93 Camry was painted in.I loved how it reflected light,especially on a part cloudy/part sunny day.How nice would that look on the new GS with tan leather interior?
those are the ugliest, most plain, unattractive rims I have ever seen on any car in the last 8 yrs or so. Pontiac and Ford have nicer rims. The REST of the car is beautiful though.
Nice review, this car is very nice, but I would opt for black as it just looks more aggressive and would match this car
Very nice review!! Man I would sure like to read a review of the GS 250...

Unfortunately, I only took pictures of the GS 250 -- wasn't allowed to drive it.

Well I'm hoping that the engines good( 2.5 l) and not underpowered.
Driving the NX 450h+