After much anticipation, the Nürburgring 24h Race weekend is here! I’ll be updating throughout the weekend with any news I come across, and I encourage everyone to post links and updates in the comments section.

Before we start, I wanted to share a couple quick links:

Update: The race is over! The #88 LFA, despite the unfortunate collision earlier in the race, managed to finish the race 41st overall, and the #87 LFA finished 151st. More details as they become available. 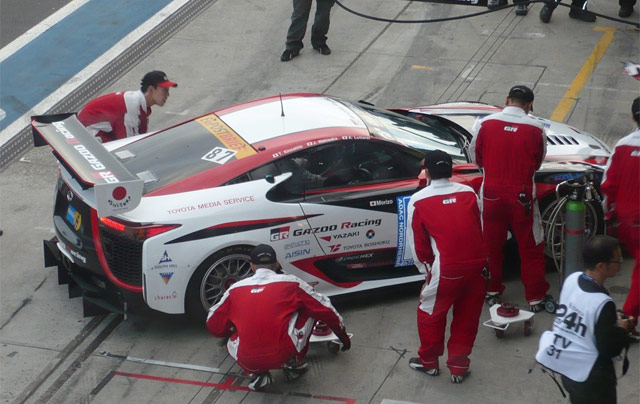 So far, there’s been two days of qualifying laps:

Because both LFAs have qualified in the Top 30 cars, they will be equipped with blue LED lights at the start of the race tomorrow — meaning they will be given clearance to pass more than 100 other slower cars on the track.

Some photos from the qualifying rounds, courtesy of Lexus Europe: 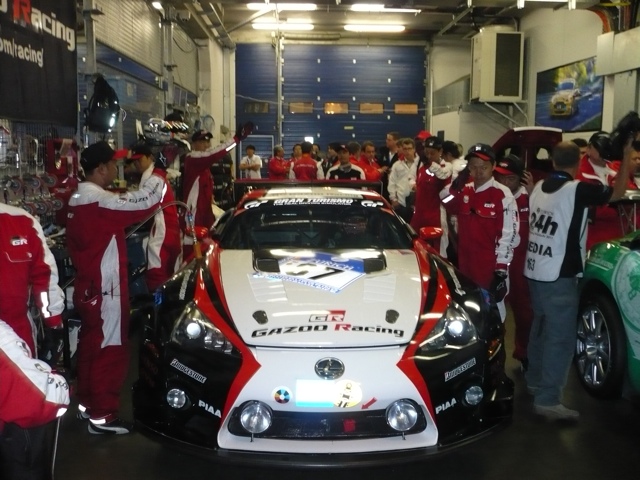 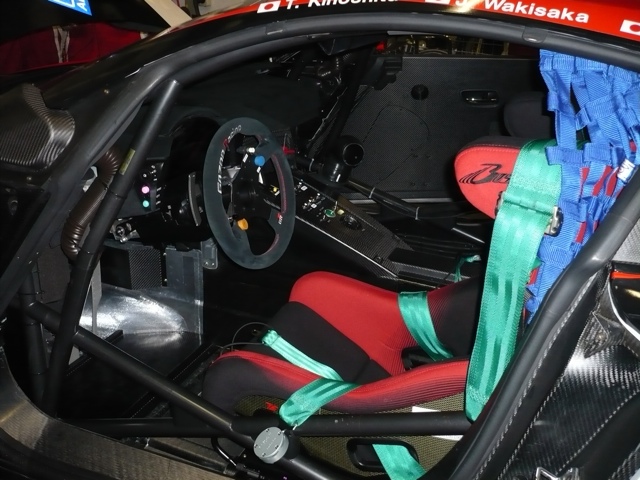 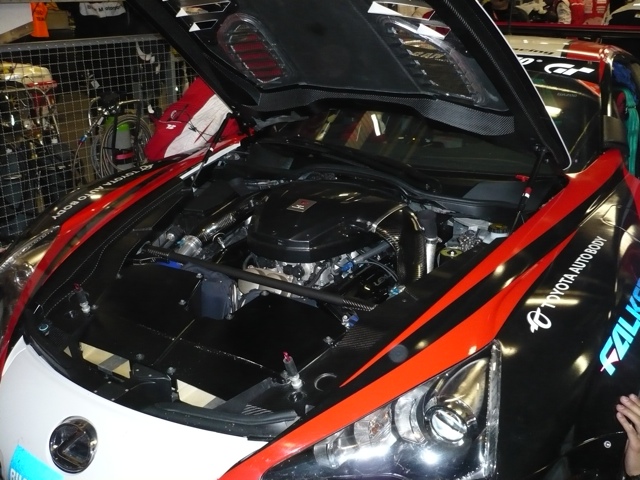 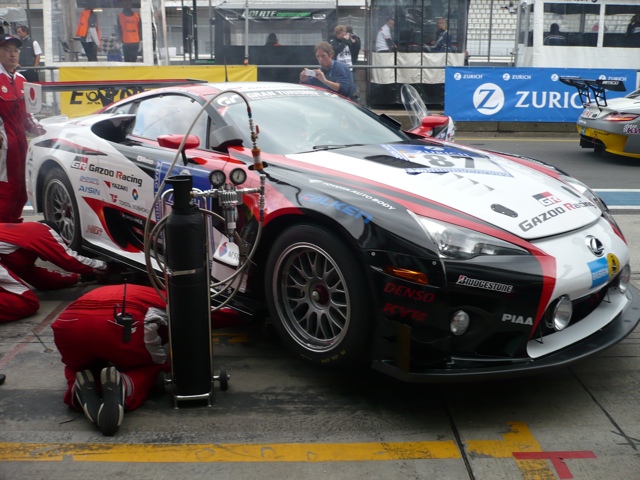 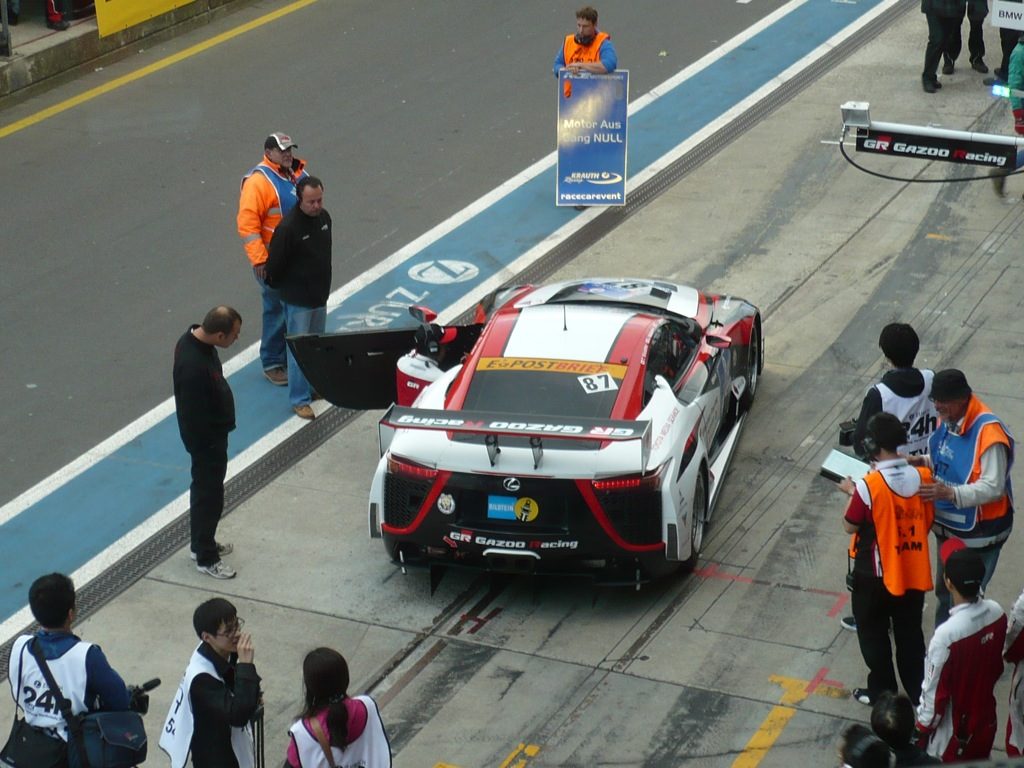 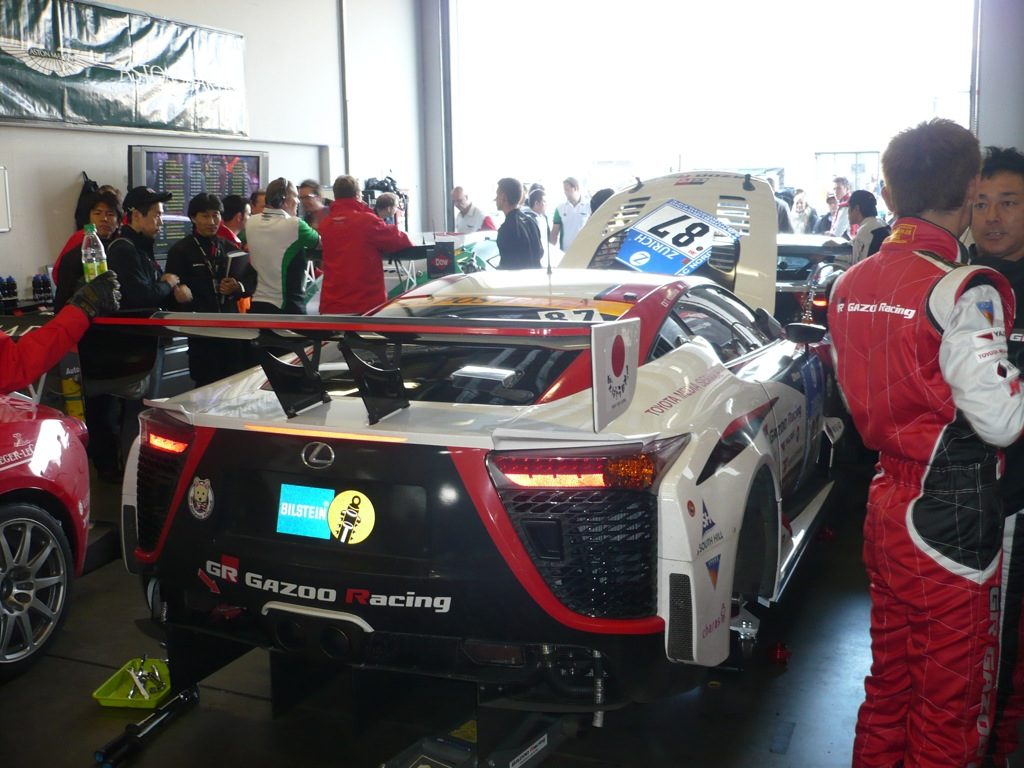 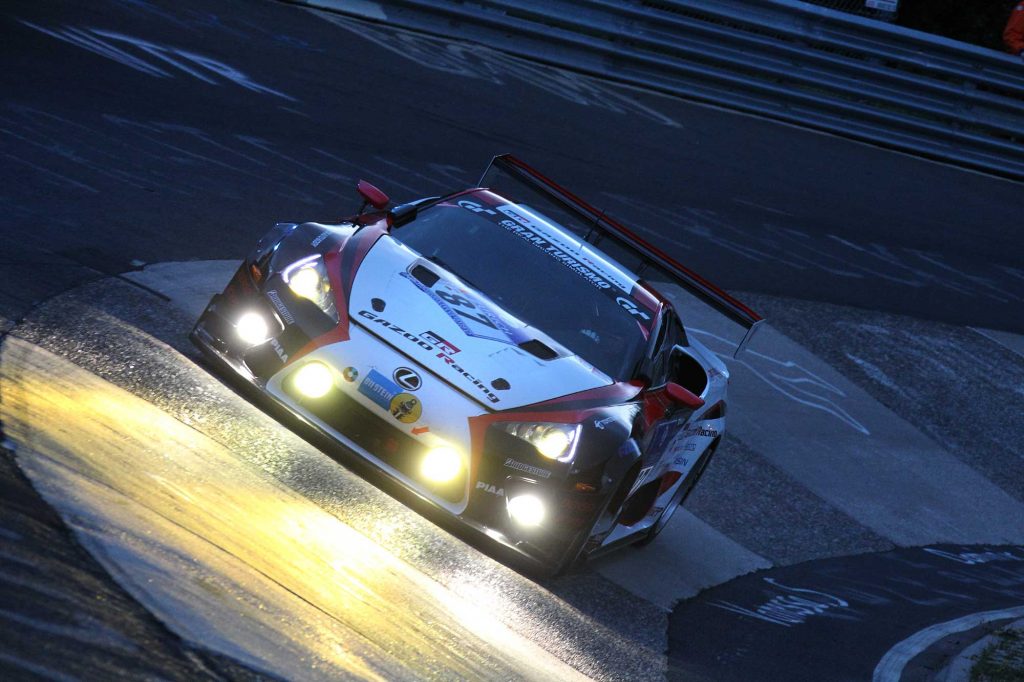 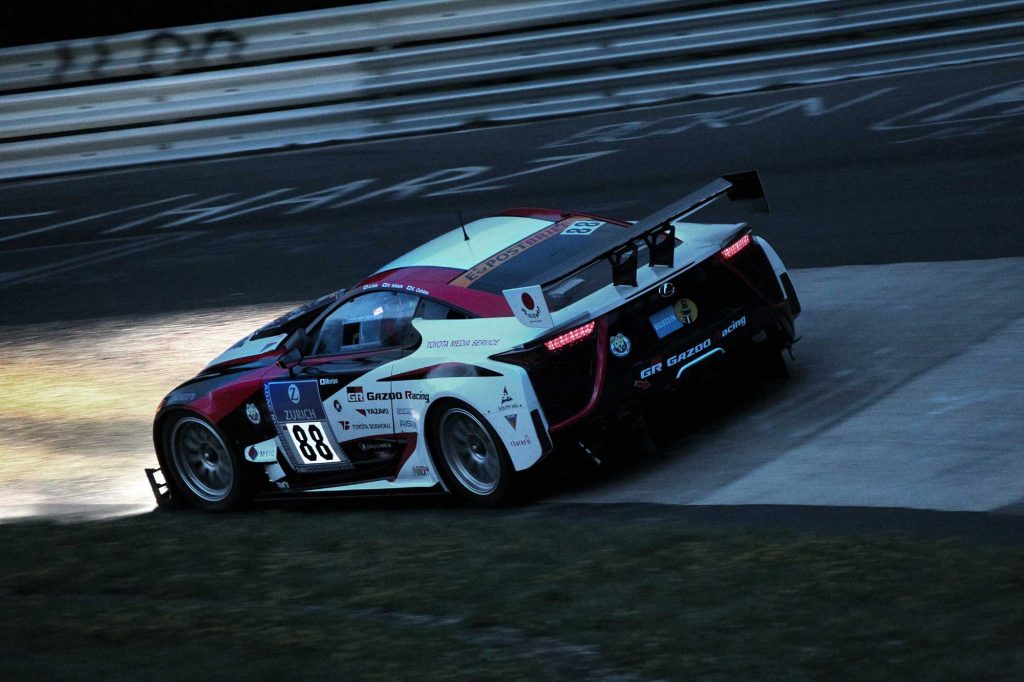 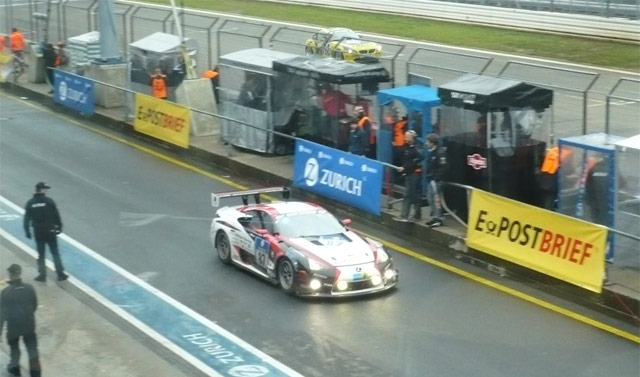 An engine fire has taken the #87 LFA off the track for some serious repair: 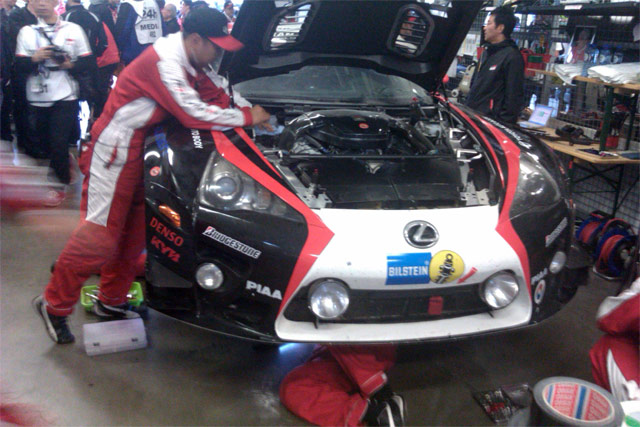 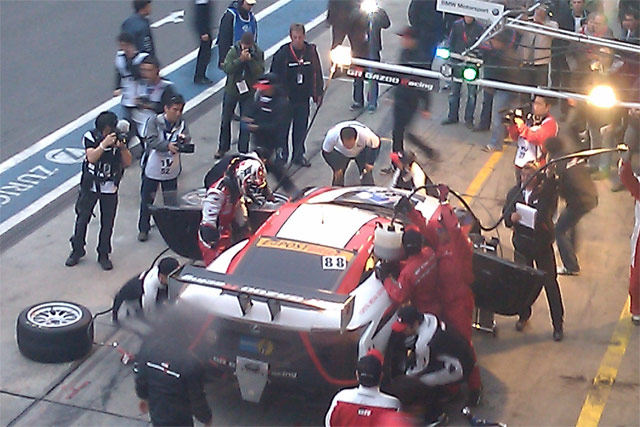 Much has happened since the last update — first off, about five hours ago, the #88 LFA, which was as high as 20th overall, was involved in a collision and forced into the pits for almost three hours. Upon reentering the race, they were 138th overall. 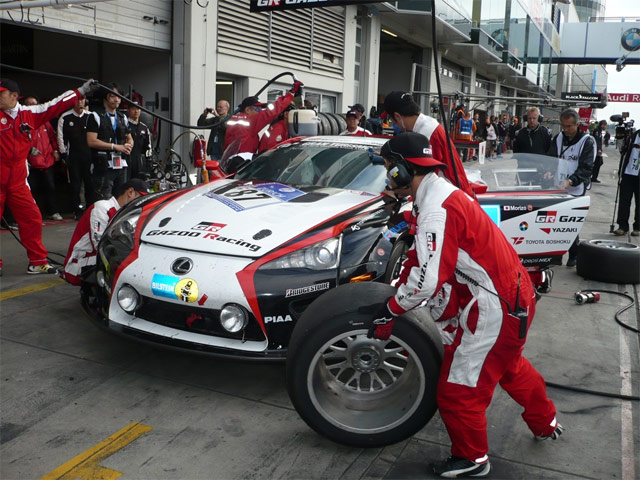 The #88 LFA continues to come on strong, climbing all the way to 64th. The #87 LFA is also pushing through the field as well, and currently sits at 162nd. 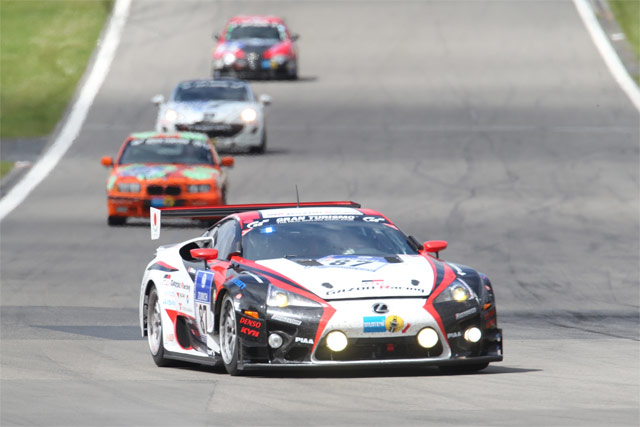 The race is over! The #88 LFA, despite the unfortunate collision earlier in the race, managed to finish the race 41st overall, and the #87 LFA finished 151st. More details as they become available.

Thank goodness! I was afraid that it was only Top 20 like last year! They better start fighting their way through!
Congratulation !
so what about the CT & the GRMN
Get back on top! You guys belong there! Endurance racing sure does prove a lot.
がんばって！LFA
They doesn't quite good this time ... :
They doesn't quite good this time ... :
no comment if they drives steadily and adult without that childish passion may be we are now seeing both of them #1 & #2 overall

Sometime ... even you drive very steady on Track , someone would still slammed you out of it .
i just sad after the great ranking in the preparation
So do I !