END_OF_DOCUMENT_TOKEN_TO_BE_REPLACED " /> NY Auto Show: Lexus LF-Gh Concept Photo Gallery | Lexus Enthusiast
Menu
Log in
Register
You are using an out of date browser. It may not display this or other websites correctly.
You should upgrade or use an alternative browser.

With so many Lexus LF-Gh photos already floating around, I thought it might be a good idea to focus on the smaller details of the latest Lexus concept, especially when they’re so visually interesting: 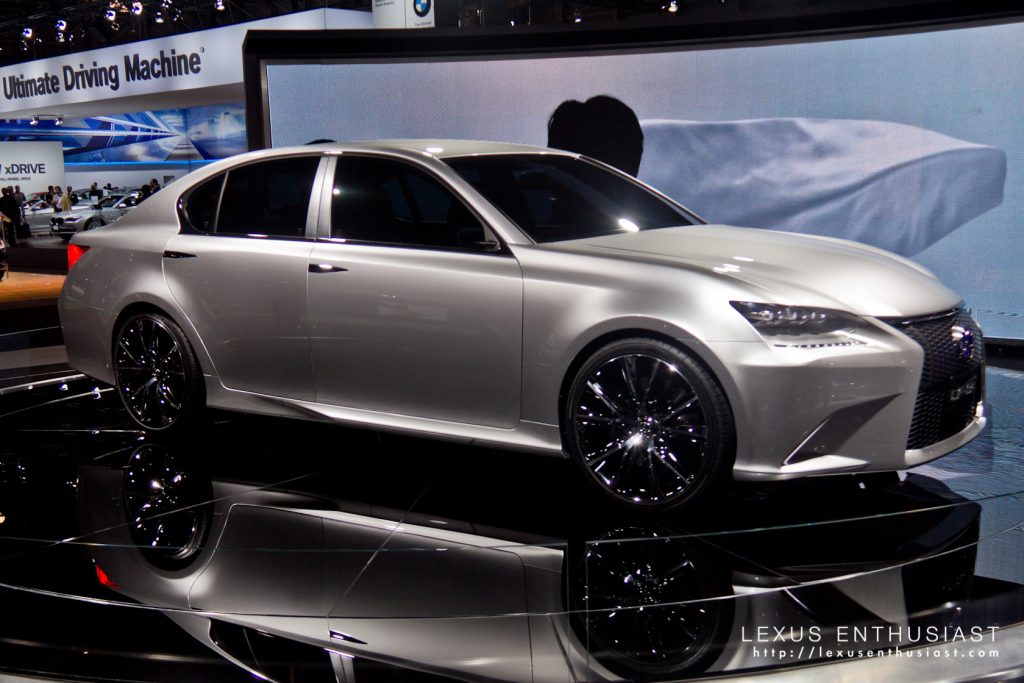 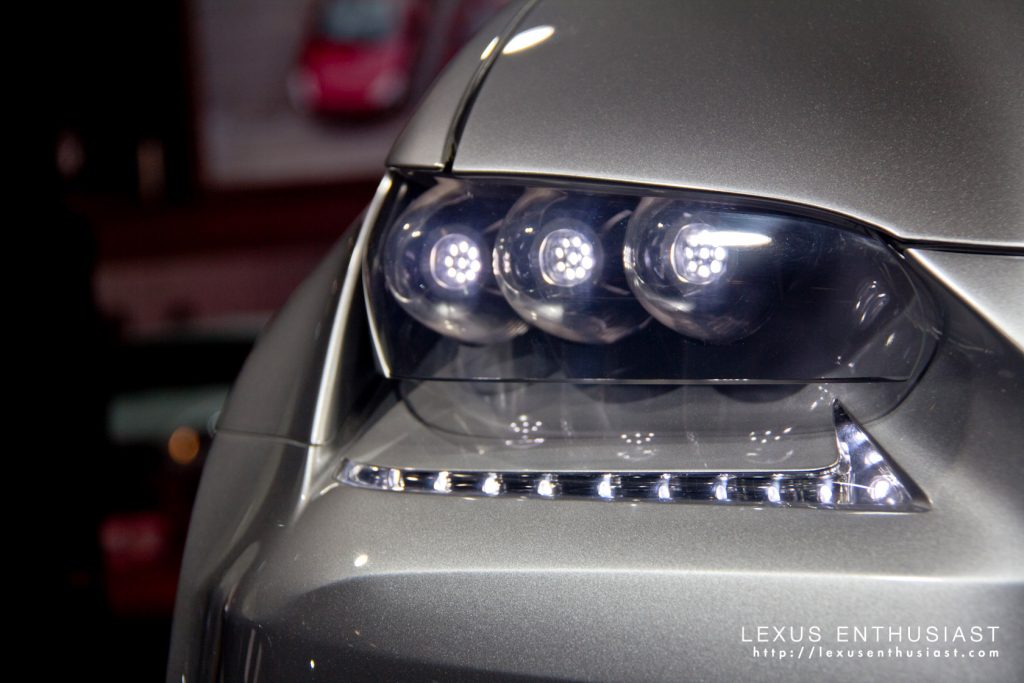 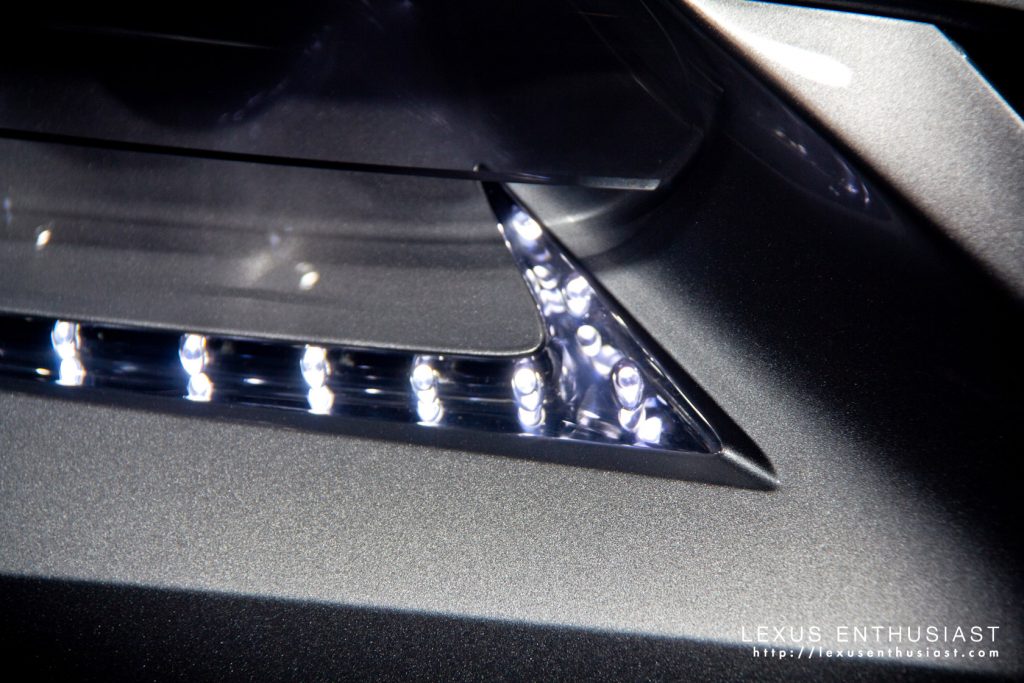 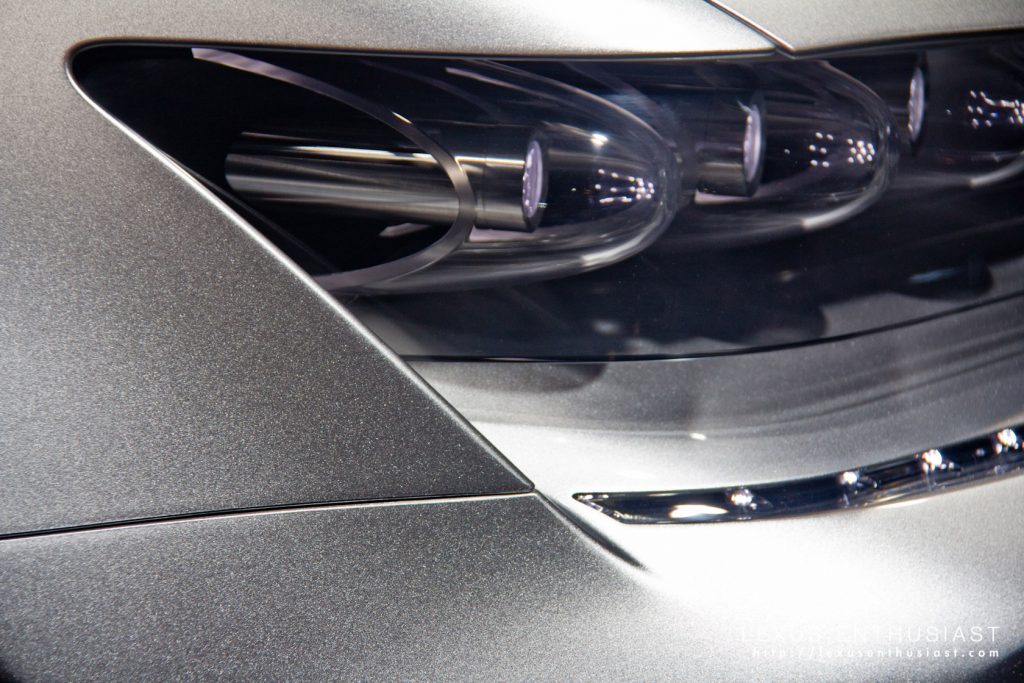 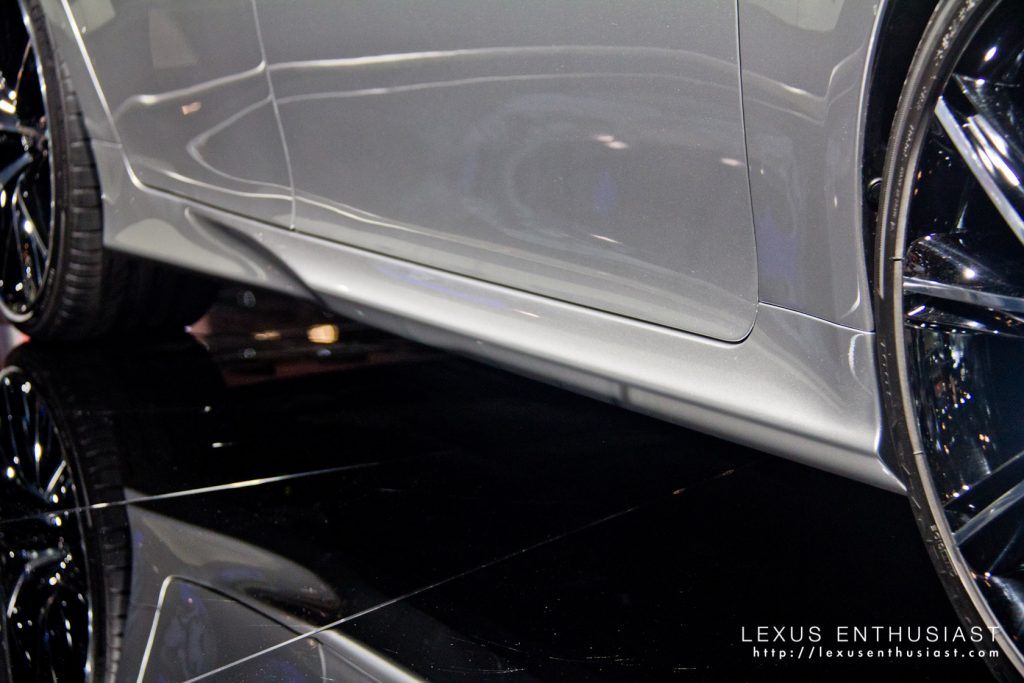 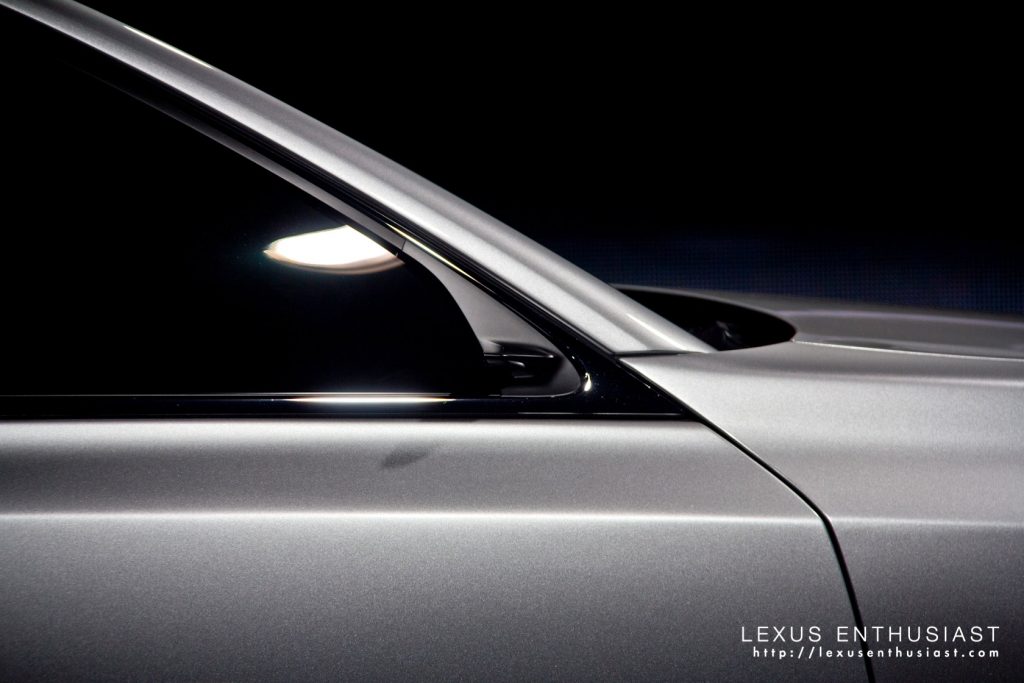 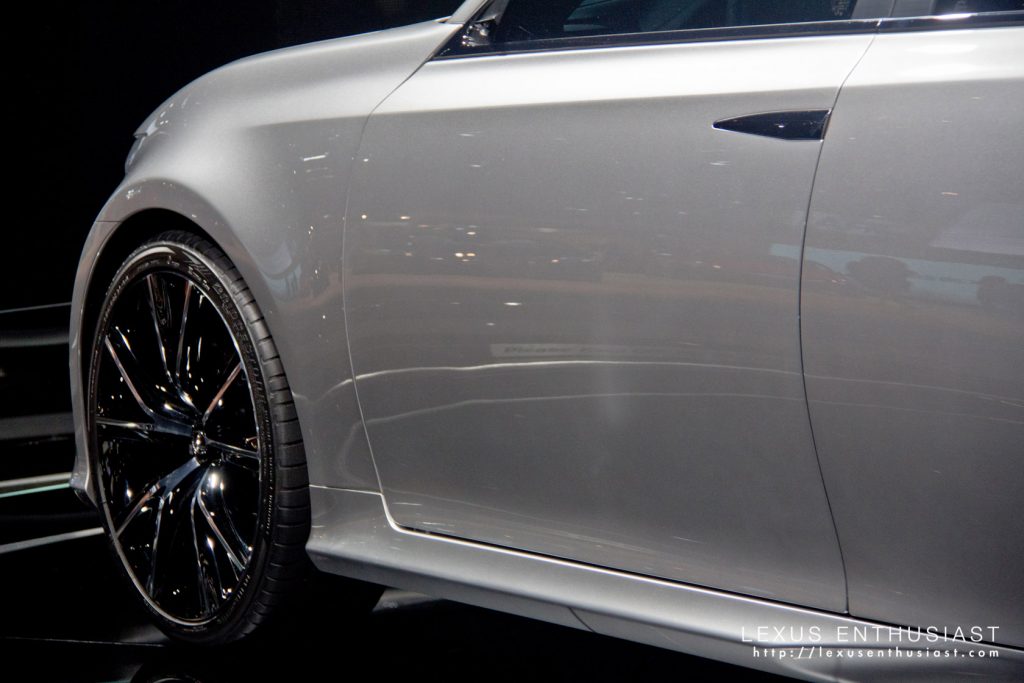 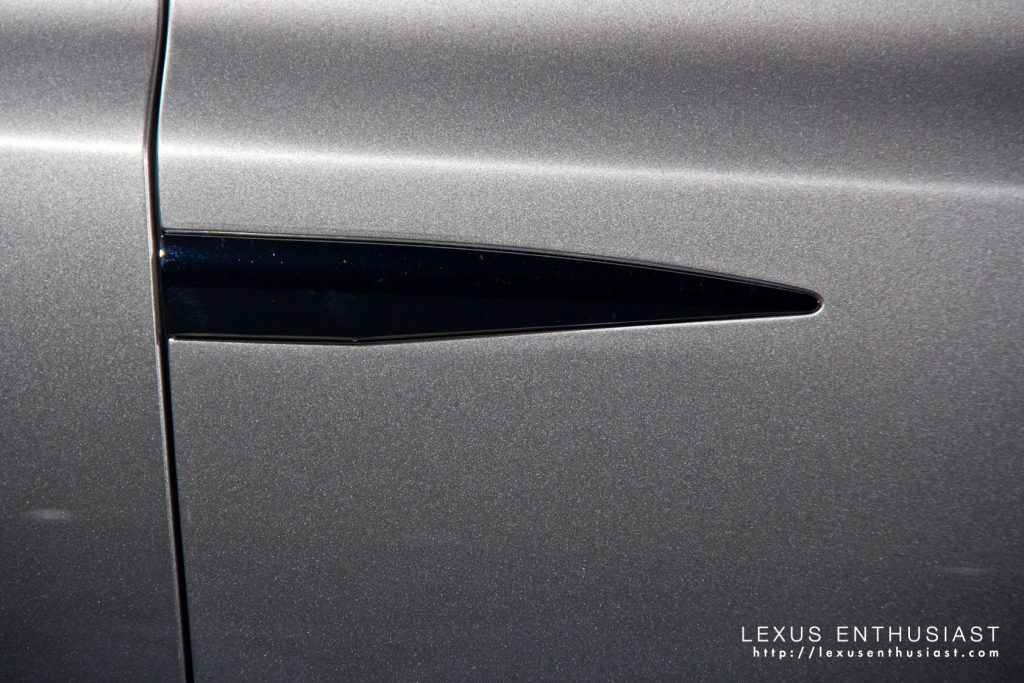 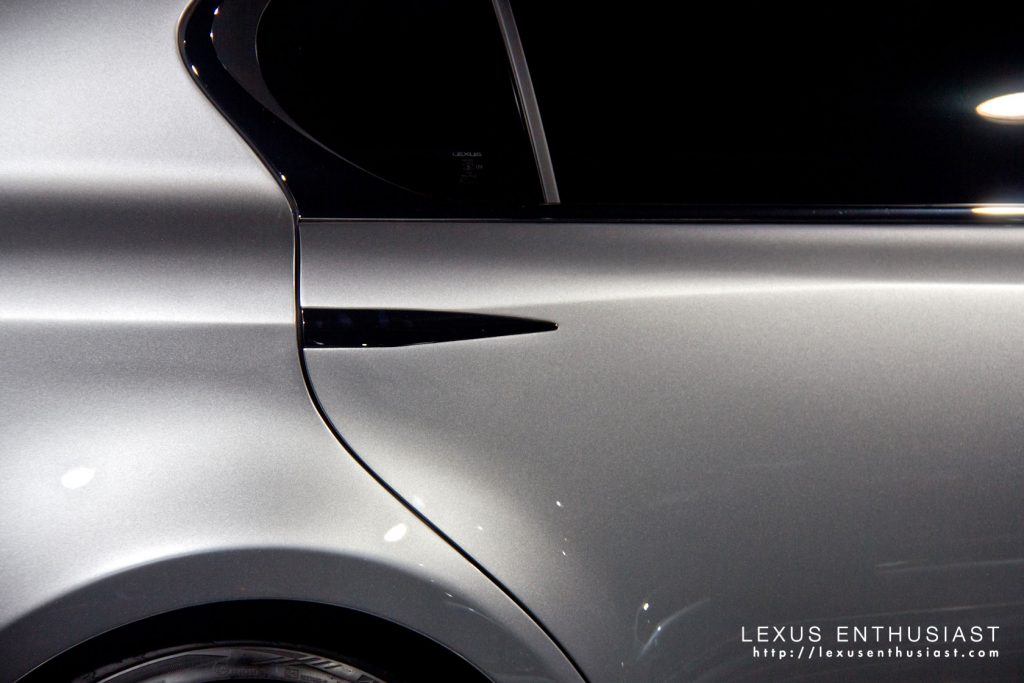 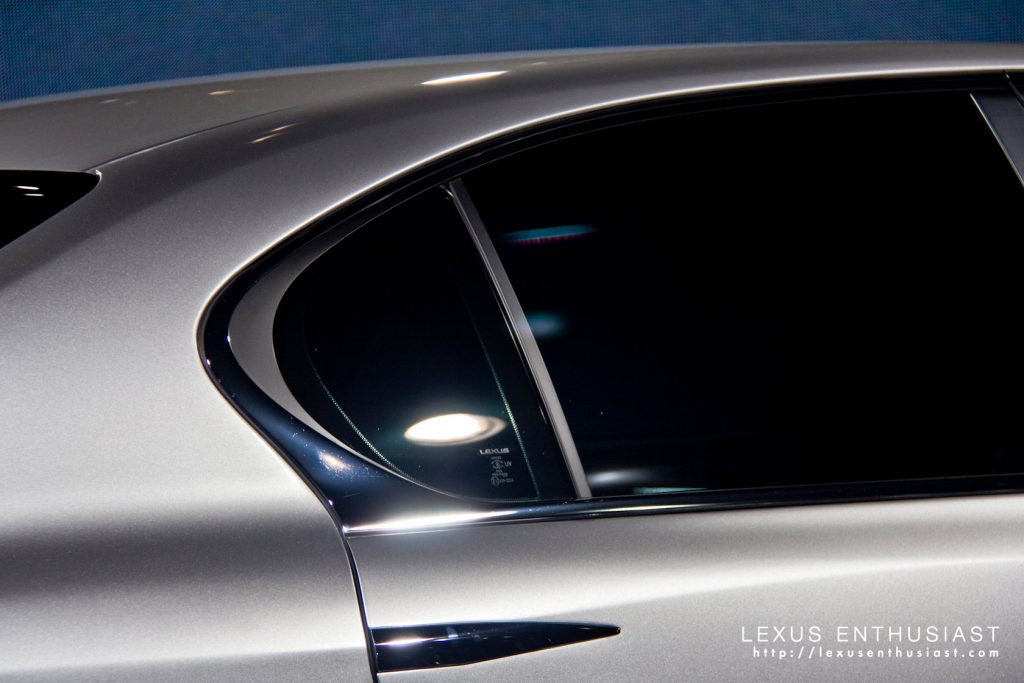 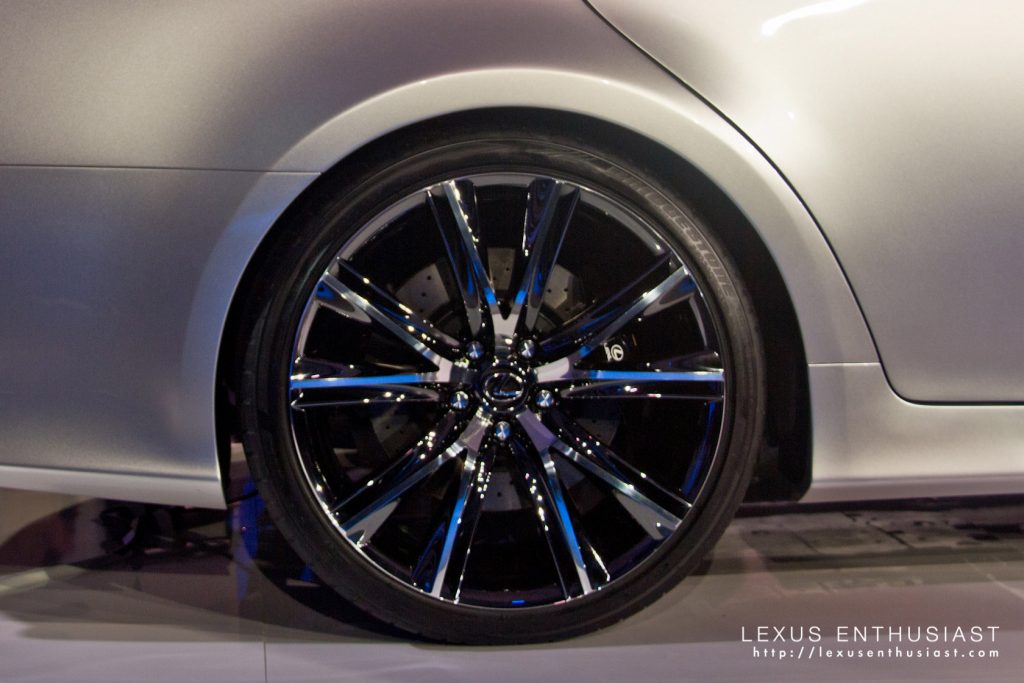 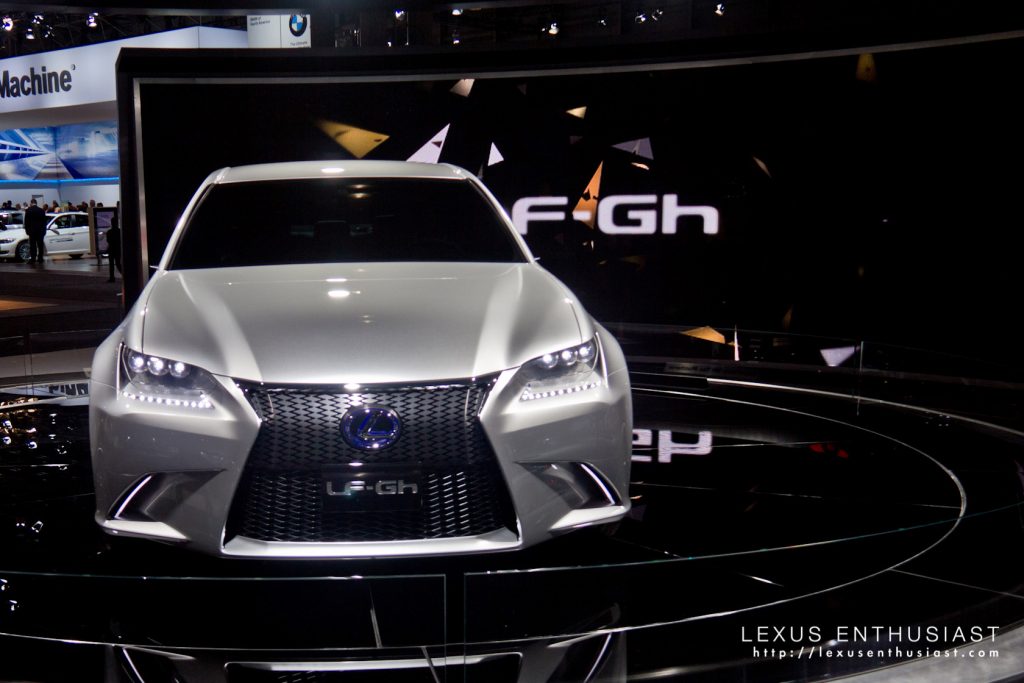 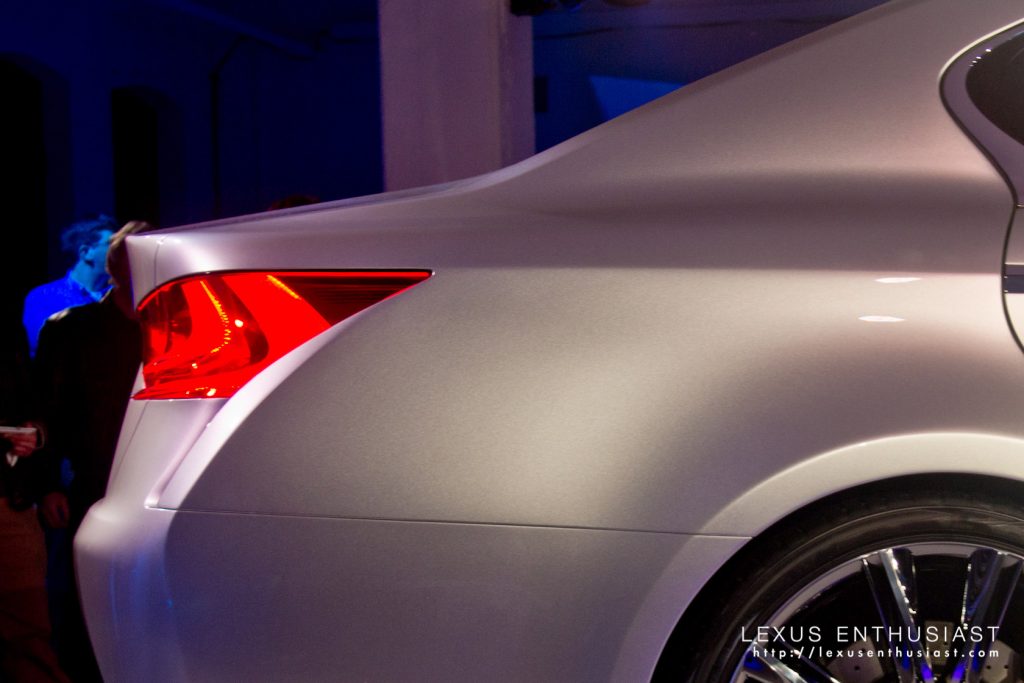 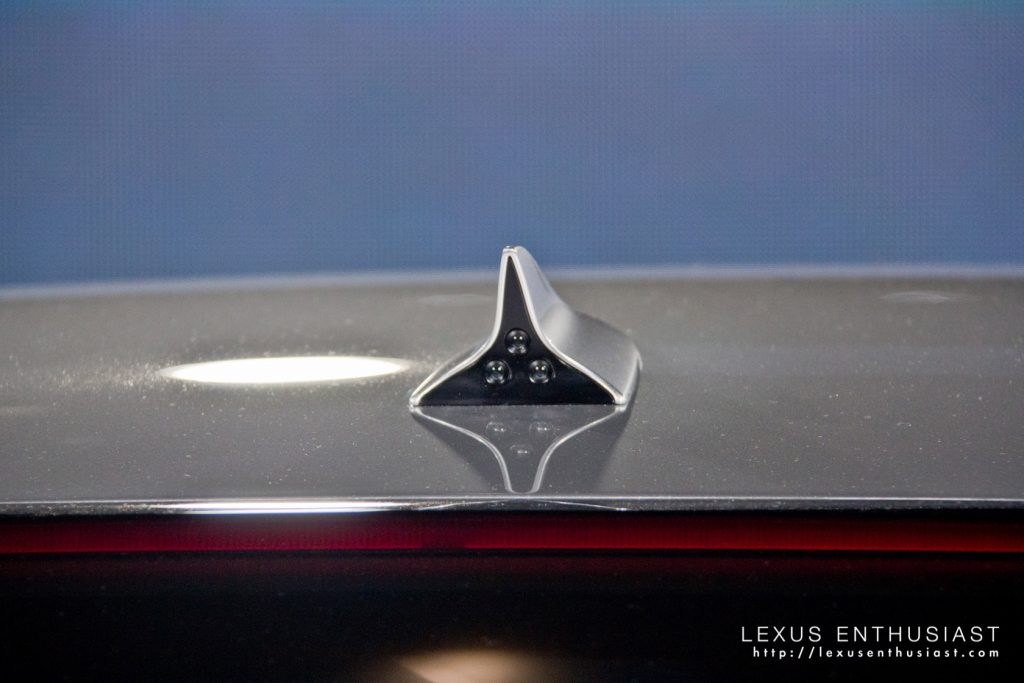 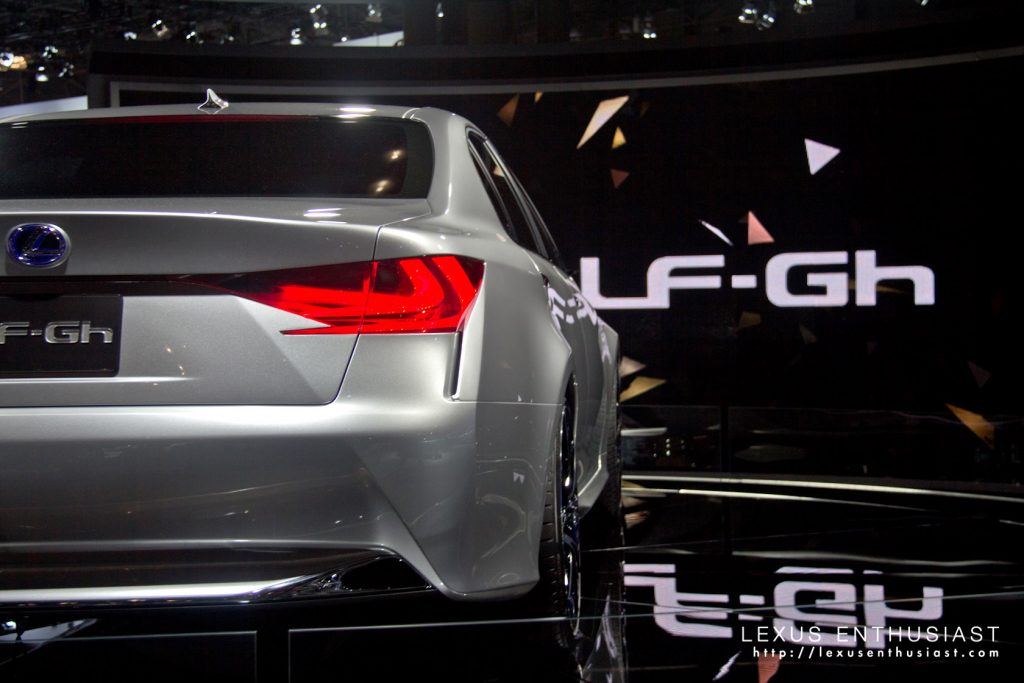 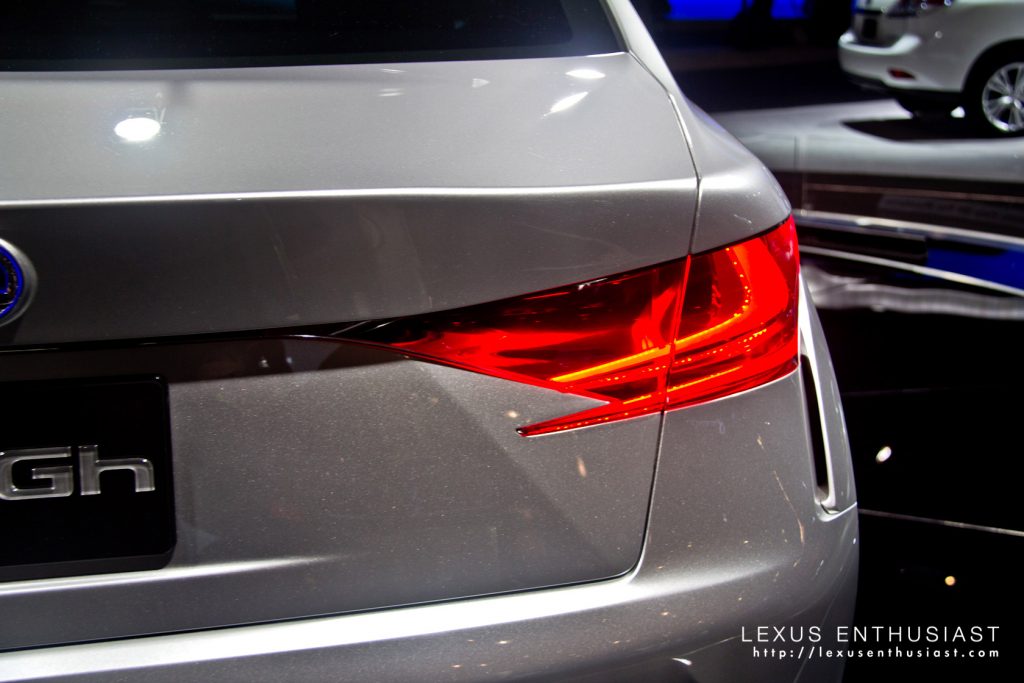 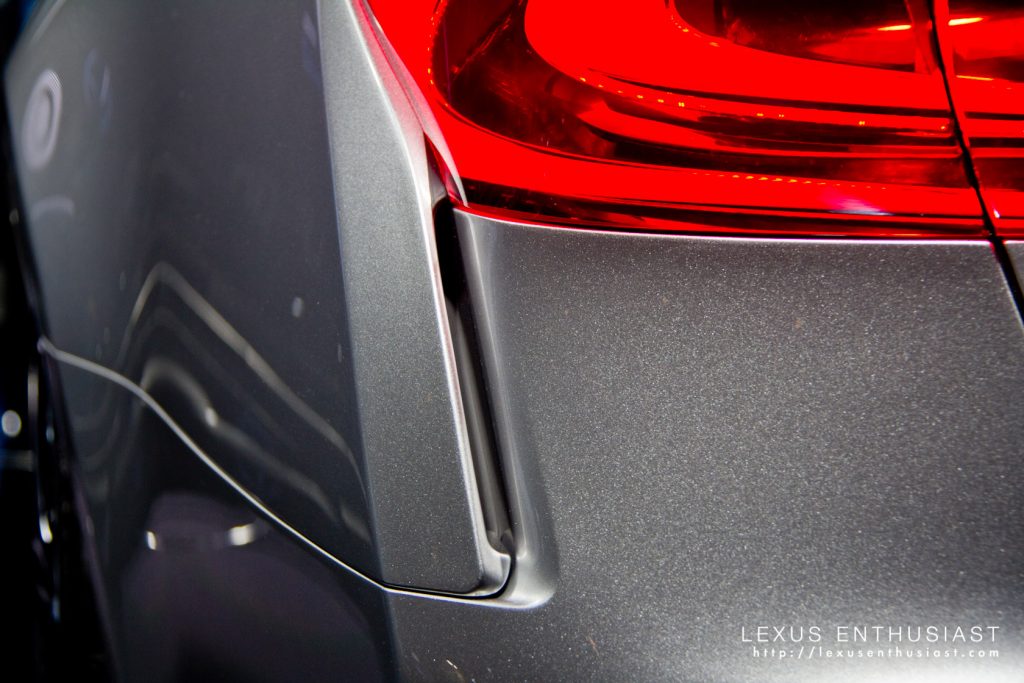 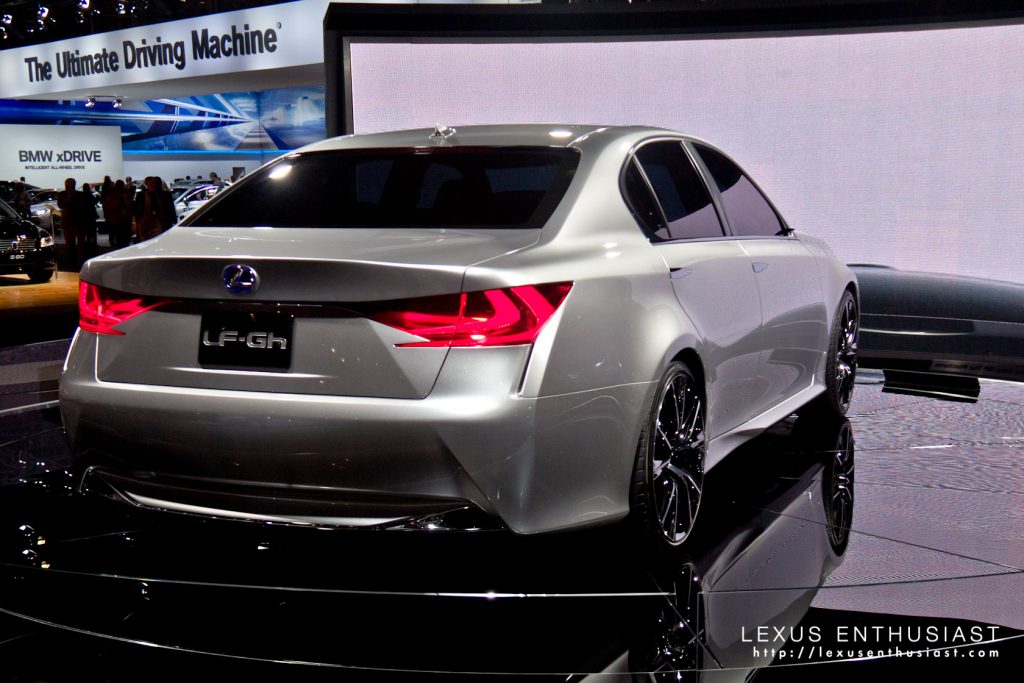 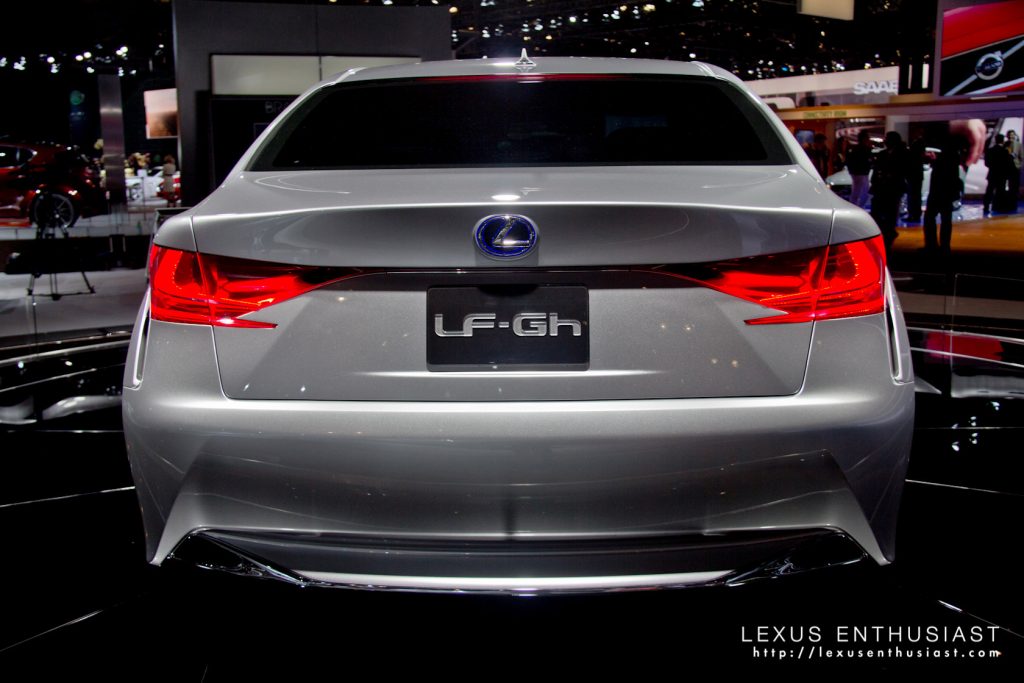 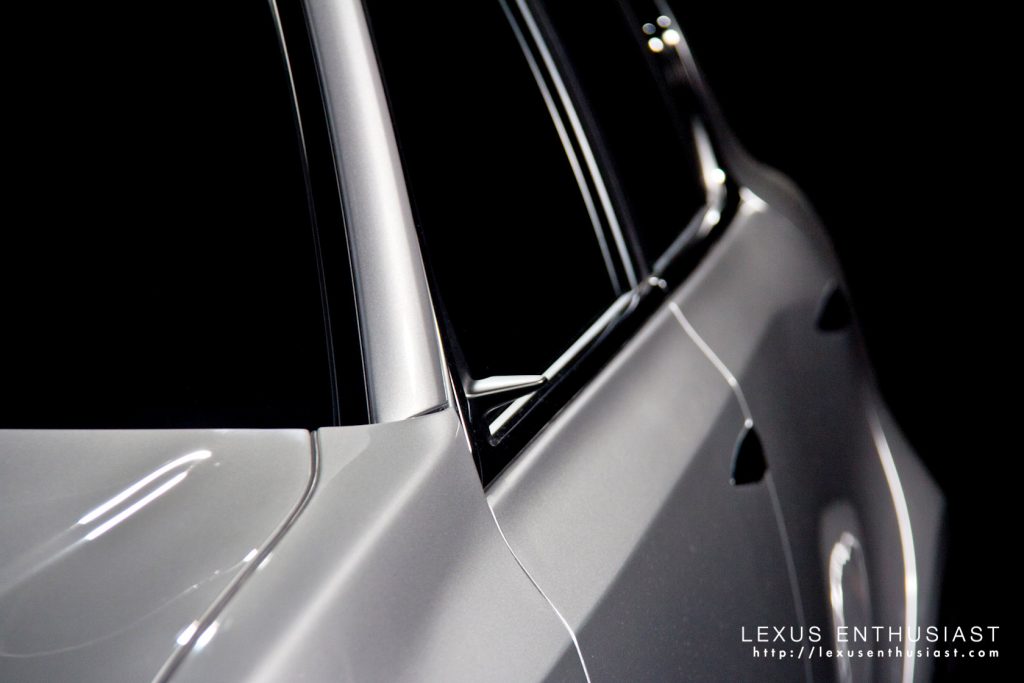 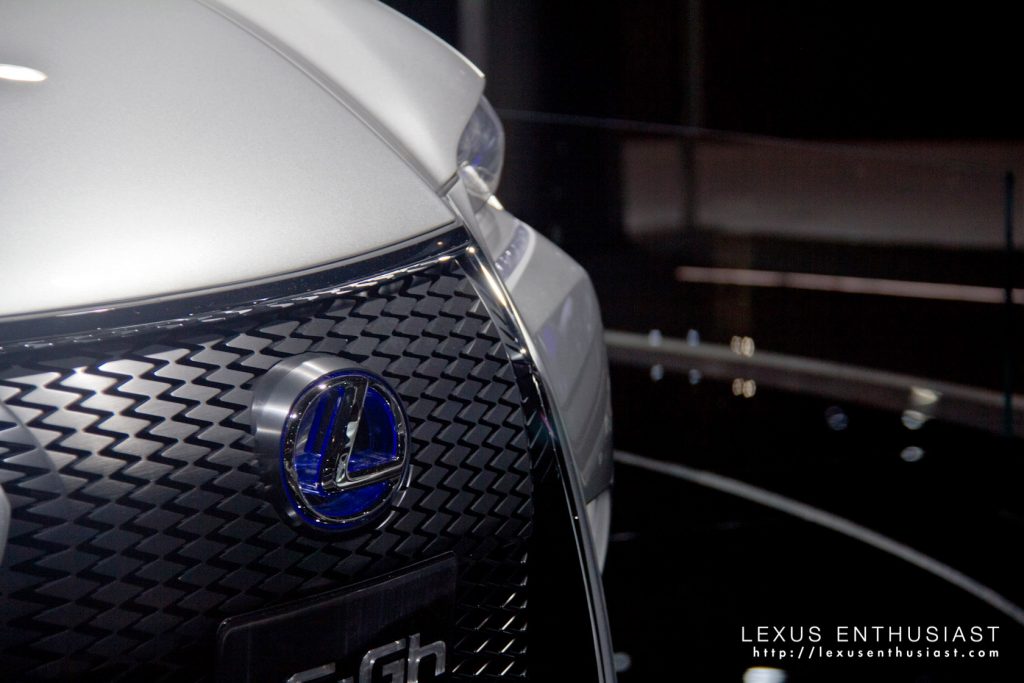 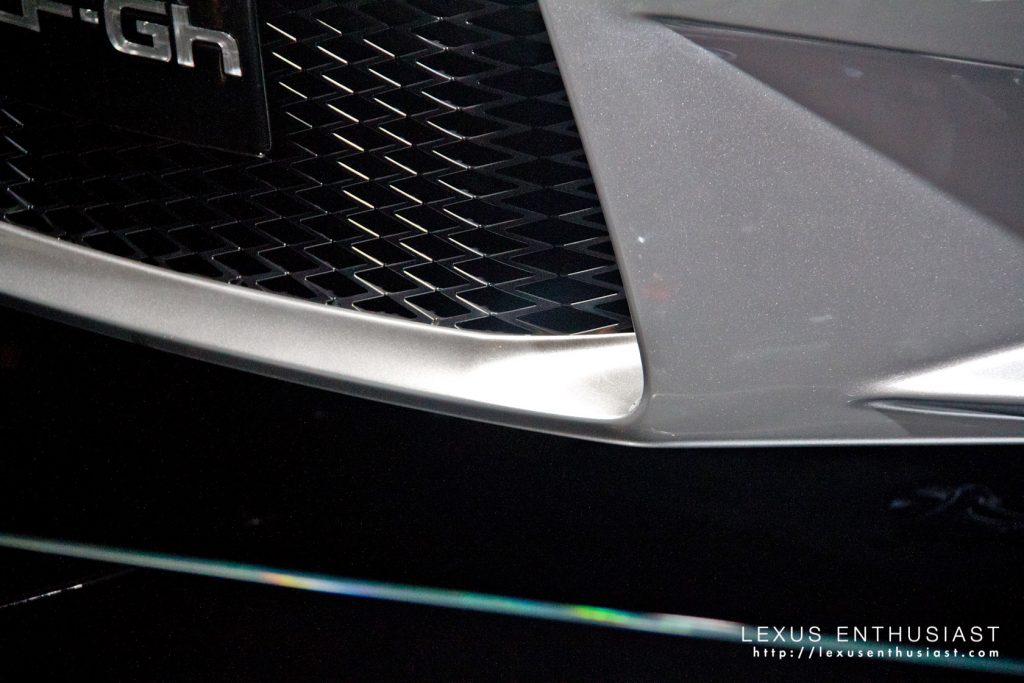 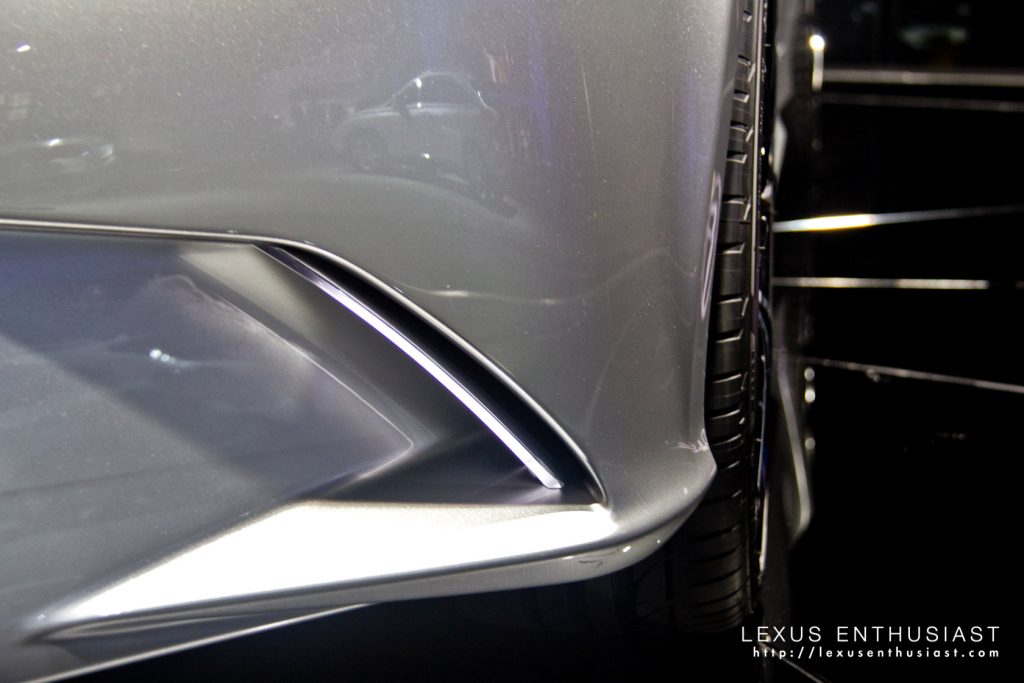 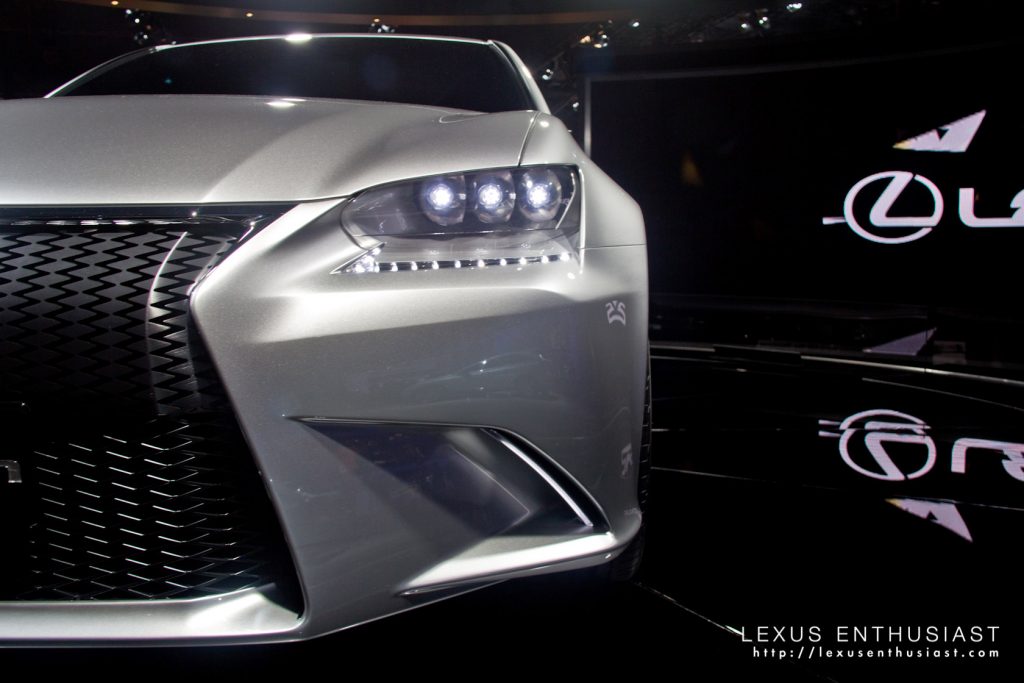 The side profile was my favorite angle — by increasing rear headroom & available trunkspace, Lexus has moved to give the next-generation GS a more traditional shape to better compete with the other luxury mid-size sedans, and I’m also excited because it opens up an future opportunity for a more streamlined four-door coupe in the lineup.

I ended up liking the front-end more than expected, as there’s a clear distinction between the upper & lower grille that minimizes the overall size — still, there’s no way this grille makes it to production without a full-on bumper division.

Both the front & rear light assemblies are beautiful to look at, and while the front headlights are much too delicate to make it to production, the rear lights could be ready to go with only minor modifications.

The one area I wasn’t crazy about was the rear design — it could have been the lack of badges and the minimalist integrated exhausts, but I found there just wasn’t enough to look at. However, I did like that the front grille design is mimicked in the rear sheet metal, it made for a nice unified touch.

Just as the third generation GS introduced the L-Finesse seen through the current lineup, the LF-Gh represents the future design language of Lexus — and going by the many lines & creases & details, there’s going to be plenty for the designers to work with.

We've only seen a couple photos of the interior so far, they were part of the official gallery here: http://lexusenthusiast.com/2011/04/12/lexus-lf-gh-concept-photo-gallery/

I don't understand the shoulder-line at the rear door handle (Pictures 9, 10 & 20 of 24)... it doesn't line up with anything, and oddly runs through the chrome handle... it does have a semi-Coke-bottle flair to it... maybe it will make more sense when I see it in person.

I assume it is a muscular bulge over the rear wheel arch like in the second-generation GS; it gives the car a nice stance.
It's definitely tied into the rear wheel well, but there's something strange about the way it doesn't line up with the door handle.

After hearing Mark Tamlin, watvr his name is... I have changed my mind about Lexus and their design direction. If what he said was the honest truth and concepts exterior looks will be translated into production models with very little change. I'm sold, this direction is beautiful, aggressive, sophisticated, & elegant. This will be a must purchase for me. YEEEEE!
On the shark fin antenna what are those holes?

The fin looks like it has a camera in it. Possibly the back-up or the camera for the rear view mirror.
Maybe they're cameras for the 3D backup camera. XD
I assumed that it was tied in with the backup camera, perhaps to give a wider rear angle?

It is a beautiful concept but definitely lose the essence of the gs! here I found a nice photo of what I truly believe it could be the continuation of this beautiful car.

sorry DUD i see the running generation TOYOTA CAMRY in that rendering
Now that is a proper GS!! The Lf-Gh on the other hand, is just bad design.

Ohh that looks so beautiful and yeah I agree this has lost the essence of the GS, I always see the current GS and in my opinion being what 5yrs old it looks better then the 2011 BMW 5 series and Mercedes e-class (which Mercedes copied Lexus styling with)
this is splendor car. I very very much, like it. :*
I like this concept, so I hope it can be similar in the serial model. Not like the CT, bcz I liked so much the concept... But anyway, the CT is good too.
theopiluschin make a sweet rendering based on LF-Gh i love the back alot enjoy

I bet that's very, very close to what the next-gen GS will look like.
This is how it should be. If the LF-Gh closes the gap on the bumper, I'm sold.

i though that the front head lights may be turns up to be LF-Ch lights
I checked out the car at the NY Auto Show yesterday and I have to say I was underwhelmed. The front is nice enough but still not polished. The back was my favorite. The side was awful. Not only was it slab sided but the crease just drops at the back and looks very bad. Overall the car had no style or presence. It almost felt like they were trying to go aggressive and they spent all the effort half way through the front end and then just sleep walked through it. The car is neither bold nor is it elegant. Compared to it Audi's, BMW and MB look way more expensive and classy. I sure as hell hope this is not the GS cause if it is, they have failed miserably. I am a lifelong Lexus owner and I can't help but feel sad. From what I saw of the interior (not too much just a glimpse since the car was on a platform), it did not look good. It looked like a slight variation of the CT interior. I think Mr. Humpries has to go. Hire a real designer Lexus.

I couldn't have said it better Mr. Yesh. There is continuity lacking in this design. I have been trying to like it since I first saw it, but the more I look at it the more I see that I don't like. It's supposed to be the other way around.
I THINK LEXUS IS GOING TO MAKE MORE IMPROVMENTS ON THE LF-GH
Driving the NX 450h+