END_OF_DOCUMENT_TOKEN_TO_BE_REPLACED " /> Lexus LF-Gh Caravan Photos | Lexus Enthusiast
Menu
Log in
Register
You are using an out of date browser. It may not display this or other websites correctly.
You should upgrade or use an alternative browser.

As part of the build up to the official reveal of the LF-Gh concept tonight, Lexus brought out four wrapped vehicles that illustrate the process behind creating a new vehicle — here they are: 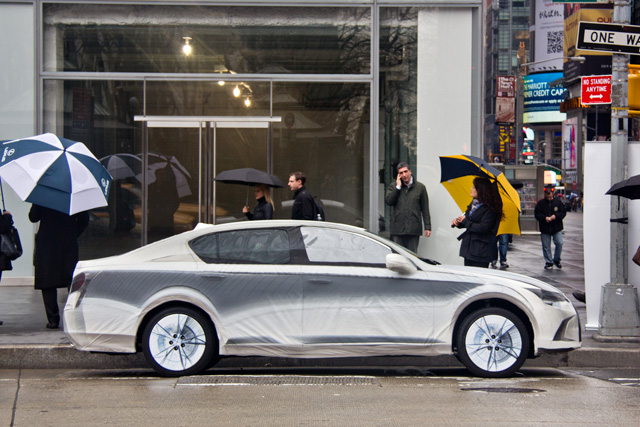 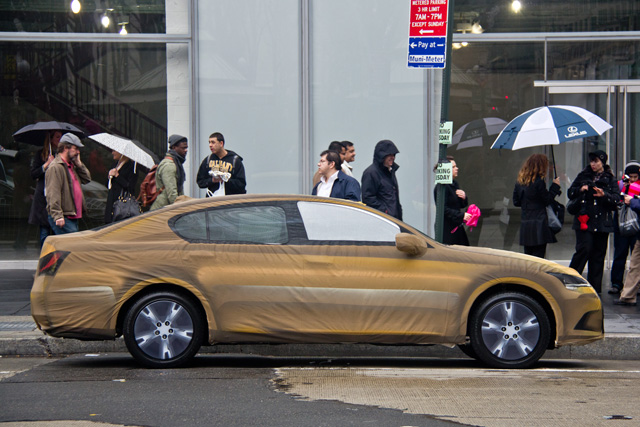 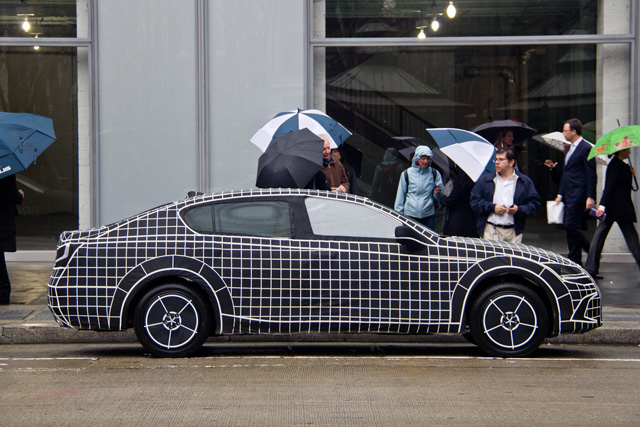 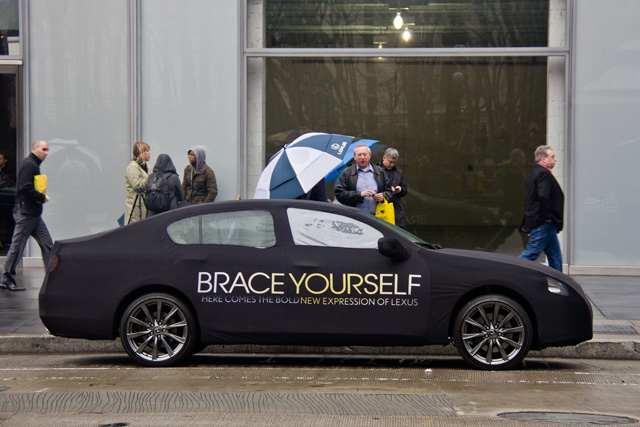 This is a really cool idea — it goes from the pencil sketch of the initial designer to a more stylized rendering, then it’s recreated and revised in CAD, until it’s finally ready to have the black cover pulled off. The wraps were impressive in their detail, creating an “unreal” look that was especially striking at a distance.

With the caravan wrapped up, it’s time for the real thing — the LF-Gh will have its big launch tonight, which will be available for online viewing later on in the evening. Details to follow.

Hmm... outgoing GS cars with IS F wheels. You think they're just messing with us? :D
lol ... they could be! .... the first thing I thought was: "GS-F!!!!!". I also find it funny that all the other cars have their wheels covered ... except that one

Pretty cool!
I can see now have door handle and side mirror with turn signal and the concept have different handles and dont have side mirrors,i think this is the production car,just im saying....

aha yeah It's the current GS under the wrap.
Yea man,look the headlights too,definitely is current GS : http://twitpic.com/4mvlqk right??
Couldn't be mistaken for anything else! (=

Can't Wait:):)
The unique that I can say, is that I like so much this LF-Gh and I can't wait till tomorrow to see this car...
Why is Lexus going sporty? I like the brand for it's current designs.. This new theme is just jumping the gun and I hope the next LS doesn't ruin it bcoz the current LS is the most beautiful car on the road..

I see nothing wrong with going ambitious! And the GS is supposed to be sporty: GS = Genuine Sport If you want a smooth executive sedan/saloon, go for the FWD, detuned ES.
Yes but look at the current GS, it's very elegant and unique.. This is just too sharp, after all isn't Lexus all about comfort, refinement and luxury?

They look CG in the overview shot (first photo)

Yeah, I thought so too. From a distance, they looked unreal.