END_OF_DOCUMENT_TOKEN_TO_BE_REPLACED " /> Lexus CT 200h @ Australian Grand Prix | Lexus Enthusiast
Menu
Log in
Register
You are using an out of date browser. It may not display this or other websites correctly.
You should upgrade or use an alternative browser.

Lexus was also big on advertising during the actual Australian Grand Prix — I took some photos on my TV to illustrate: 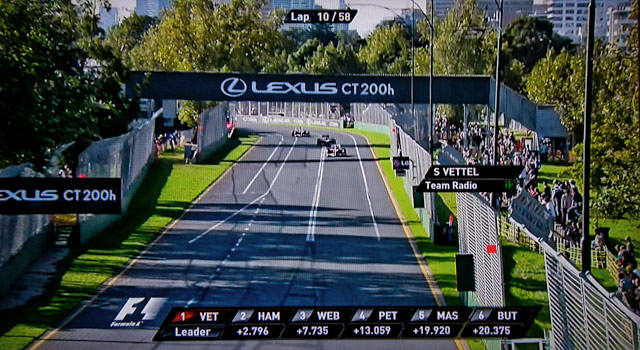 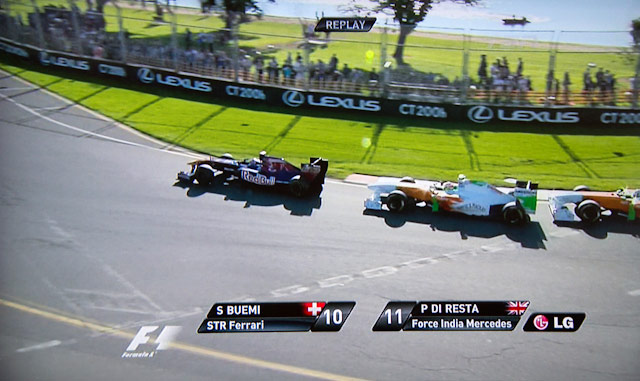 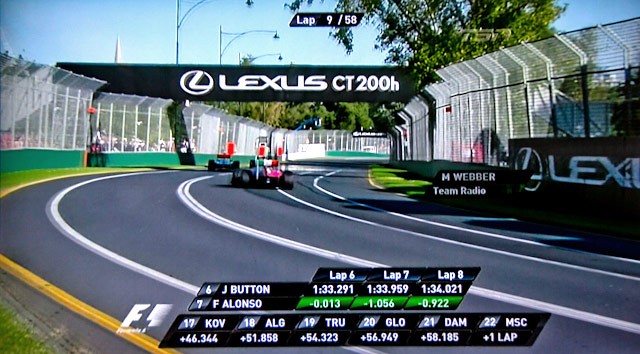 Australia sure went big for the launch of the CT. Very cool watching the Grand Prix and seeing Lexus advertising — too bad there’s no team out on the track to accompany it.

Whoops -- fixed. Thanks for the heads up!

WOL, I didn't know you were anti Mercedes. So I guess you were rooting for Red Bull...
I was simply anti-Mercedes. I like your new avatar (=
Thanks WOL, it's an LS460L with my fav interior color. Guess being anti-Merc you must've hated my previous CL avatar.HA,HA

nothing says fast like 134 HP and 0-60 in 9.4 seconds :p
Look at that quality, and I had to watch some wash out looking thing that I couldn't even make out lap times. We get no HD feed where I live
I was thought the Lexus CT run together with the Formula 1 & easily cut of the RBR-Renault ... XD
It was a good weekend of advertising for Lexus and the CT200h at the Melbourne F1 Grand Prix and i hope it results in good sales not just for Lexus Australia but globally aswell.
I almost jumped from my seat when I first saw the Lexus hoardings while watching the grand prix... Anyway speaking off topic, too bad Ferrari didn't have the pace they showed during testing & being a huge Fernando Alonso fan, I would also like to add that Lewis Hamilton is a bonafide a$$ !

I'm a Felipe Massa fan myself, though I find it hard not to root for Lewis Hamilton as well. I racers with BIG attitudes. ;-)
So what do you think of Alonso? Personally though I think Massa lost a bit of his edge since his near fatal accident in 2009. But he was fantastic in 2008 & in my mind he is the 2008 champion,not Hamilton.

Should Lexus build another LFA?