END_OF_DOCUMENT_TOKEN_TO_BE_REPLACED " /> 2012 Lexus GS Photochops | Lexus Enthusiast
Menu
Log in
Register
You are using an out of date browser. It may not display this or other websites correctly.
You should upgrade or use an alternative browser.

An as-yet-unknown Japanese magazine has put together their rendition of the fourth-generation Lexus GS: 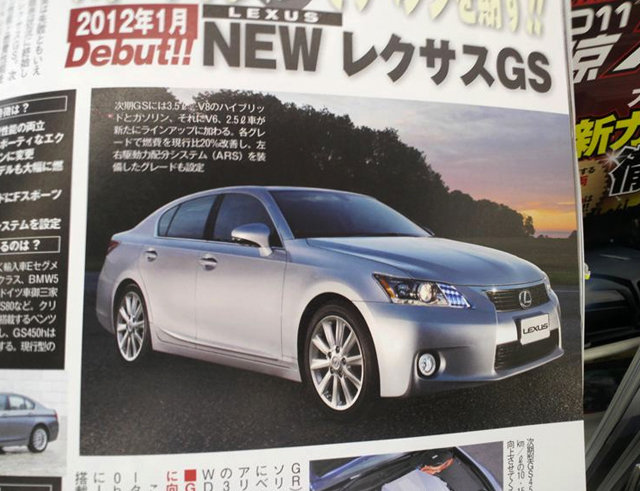 While it may be a modified version of this CT 200h photo and a poor photochop all round, I’ll give it some points on the clever headlights.

Also included was an attempt at the GS F: 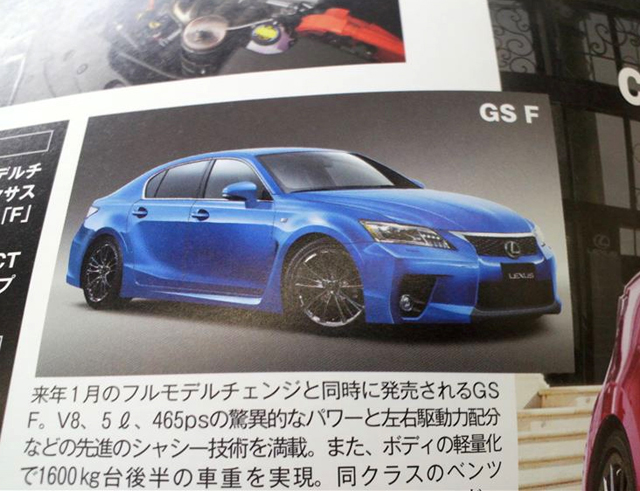 Clearly, both of these designs borrow heavily from the CT, and I think there might be some truth to that. The front-end of the CT brings a number of nicely shaped & aggressive design cues (particularly down around the foglights), and I wouldn’t be surprised at all to see some hint of the CT design in the new GS.

More like CT-F sedan than GS-F lol... still like it though!
LOL Why are these people paid?!
Some Japanese magazine is super accurate on the rendering !

Actaully seen the car and thats the exact pic of it

Yeah, looks too much like a CT to take it seriously as a new GS. Personally I'm not a fan of this rendition. It looks too bland and forgettable. May as well have the Toyota logo on it. Definitely a step back in styling compared to the current GS body. A CT F would be nice though...

ctf is on its way and the Lexus line up will start to take over the CT design on all its new modesl coming i,e ES350 and GS and IS

all lexus models are taking over the CT front fascia get used to it, Its confirmed

No, this is not the typical L-Finesse Styling -- especially it does not fit into the GS-Class. It must be more elegant and of course 4-eye-design.
guys, I have either BAD news or GOOD news. That WILL BE the new GS. It is Not just b.s. rendition, that IS what the car looks like. Lexus officials have pics of the new GS, and they are trying to be secretive about releasing pictures yet, but I confirmed it this morning. Although, the picture does not do it justice. I was told "in person, it looks more exciting and stylish".
also, it will be produced in January 2012 and be in showrooms by Feb/March of 2012. Mid year of 2012 will see a new ES350, still front wheel drive but not sure if it will be Hybrid or Standard Gas engine.
The eastern area dealers..Gen Mgr's and Owner's got to see photo's of the new GS and the new ES. The new GS Concept....very close to the production version will be at the up coming NY Auto Show
It better have quad lights.
Ok---Lexus has been too secretive for too long for this to be the real deal.You will not find a Lexus lover more enthused than myself, however, I will be very dissapointed to see this in the flesh----my '06 GS 430 looks much classier and has better lines than this. I was expecting more MB CLS ideas than this----the only thing that is remotely creative and nice to see augmented is the new light arrangement and LED inner quads that have a cool multi light look. I am not fond of the fog lights. Lexus has got to make this work or I am afraid trouble is ahead for the future. This should be the base for what the future holds for new styles to come for future other models.
Automotive News put out the idea the new GS would come THIS Spring not NEXT Spring The LS is also up for redesign late next year, with a weight reduction Both Toyota and Lexus need new product THIS year, not NEXT year They aren't doing a very good job of staggering their releases That goes for Corolla and Camry/ES Camry/ES should be out this fall, at the latest! I guess the IS will get done this fall, and the GS, LS and ES are all next year Not well thought-out, especially by Lexus BD>:-(
Well then. I can "confirm" that it is not... which is GOOD news.

lexusjoe wrote:guys, I have either BAD news or GOOD news. That WILL BE the new GS. It is Not just b.s. ren­di­tion, that IS what the car looks like. Lexus offi­cials have pics of the new GS, and they are try­ing to be secre­tive about releas­ing pic­tures yet, but I con­firmed it this morn­ing. Although, the pic­ture does not do it jus­tice. I was told “in per­son, it looks more excit­ing and stylish”.

can it be that one 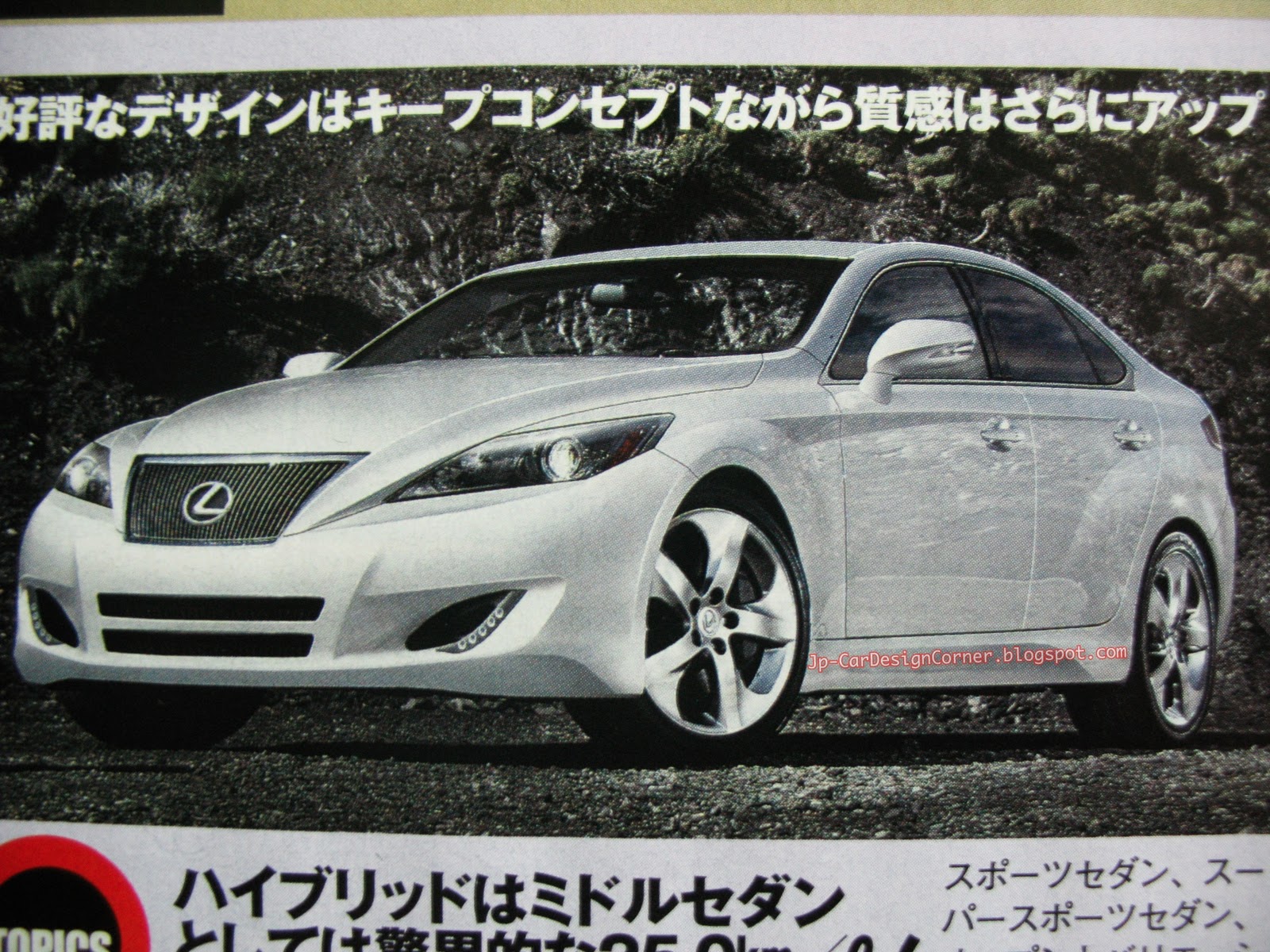 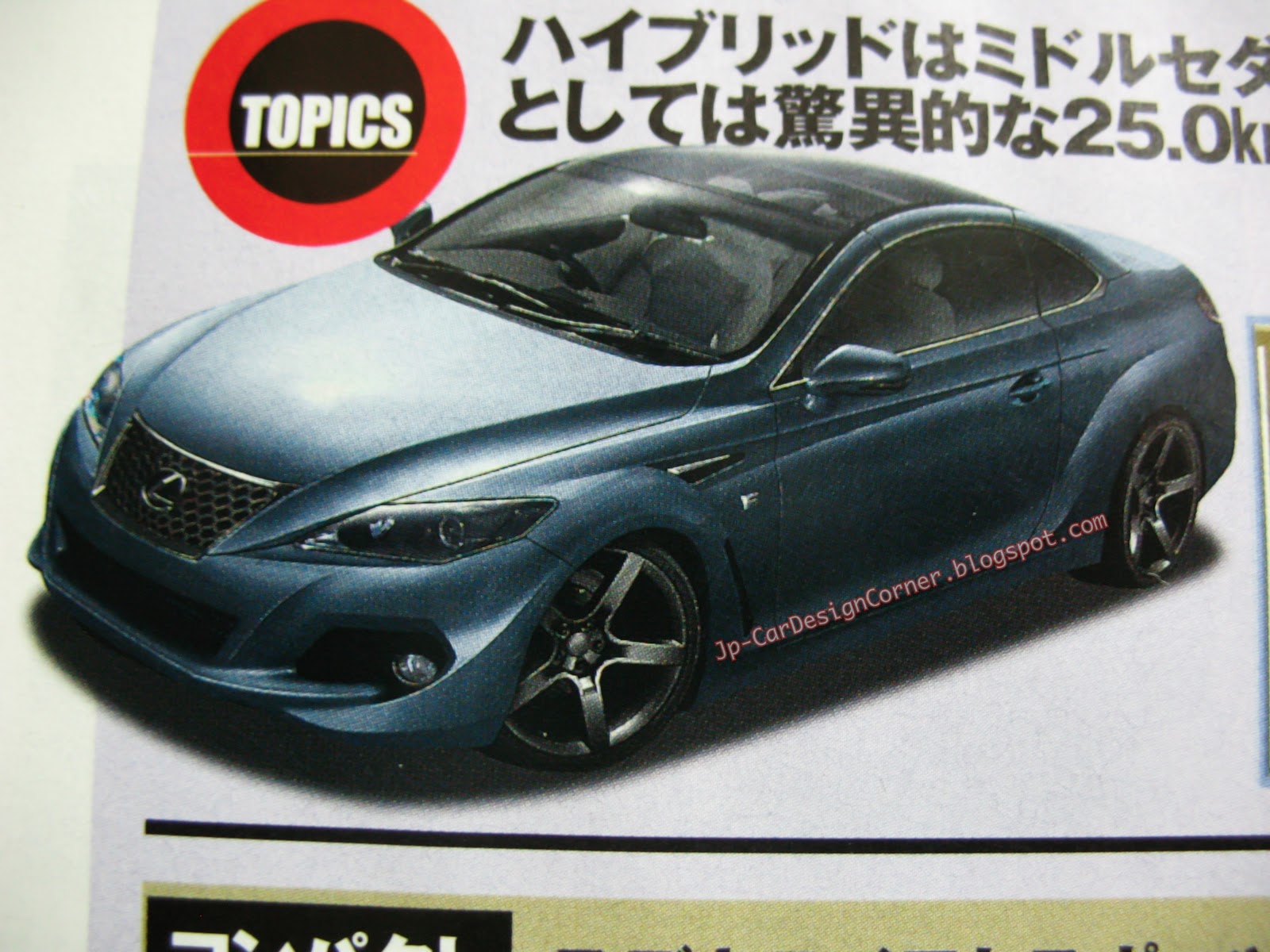 FreeSpirit wrote:can it be that one

I like that! :-)
@Eljay: could this be IS update coming---not GS
this car looks cool but bmw came out with a new 2011 and it looks more nice and big this car look like its a smaller version of a gs not cool i just have to rate it a 3 8-)
@Mike DeLorca: even GS or IS i like what i see

Mike DeLorca wrote:@Eljay: could this be IS update coming—not GS

Good point. There has been no mention of a two-door GS,and overall it carries more of a resemblance to the IS than the GS.
see that GS photoshop

Lexusjoe is correct, this is the new GS and it looks much better in person... I guess we'll have to wait and see it at the NY show. They also discussed a coupe version
@FreeSpirit: looks better eh, how bout the front end - no pic?
Fantastic ! Ok----this pic makes all the difference in the world----just my thoughts of how the GS needed to go in terms to compete more with the CLS look----very classy and stretched look---I am sure it will be outstanding in person. I am excited---will add to my Lexus line-up. Now the next generation LS will need to be mind blowing to keep above MB,BMW & Audie---Keep going Mr.Akio Toyoda--your influence is shining thru.
ITS NOT IMPRESSIVE ACCORDING TO THE CURRENT GS MODEL