To introduce the second generation GS, Lexus played up a sinister theme to match what was then “the world’s fastest automatic sedan”:

After the modest success of the first GS, the second generation was a massive hit right from the start, with over 30,000 first year sales and a strong reception from the automotive press (including the 1998 Motor Trend Import Car of the Year award). The 2GS was a constant in the lineup for eight years, and built one of Lexus’ strongest enthusiast groups along the way. An exceptional car. 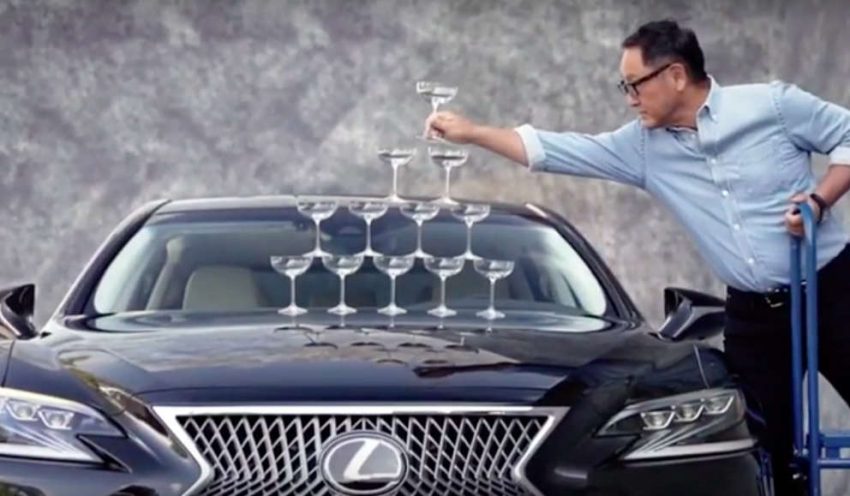 Fastest automatic sedan in the world? Jeez, why can't they make things like that now?
@LFAaddict: Also, I think Toyota and Lexus needs to do more real world testing! Those environment-imitating machineries are great, but I'm sure that Toyota would have avoided some recent problems if they haven't gotten all comfy in their offices and laboratories. I mean, look at Apple and its iPhone. I want to see more Lexus prototypes speeding through Death Valley, slowly cruising through Sweden during the winter, and climbing Pikes Peak!
I can't wait to see the next GS, I think it will be a massive leap forward for Lexus just like the GS and IS set the design standard for the future lexus cars.
@WorldofLuxury: Right, like what they did with the hideous Acura TL SHD. Or whatever it's called. Make a car to perform great in extreme conditions, so it performs incredibly in normal conditions.
A memorably odd campaign for a mostly forgettable car. This generation midsize Lexus didn't age as gracefully as its Teutonic rivals.
I LOVE my GS400 :)
mr. bobblehead