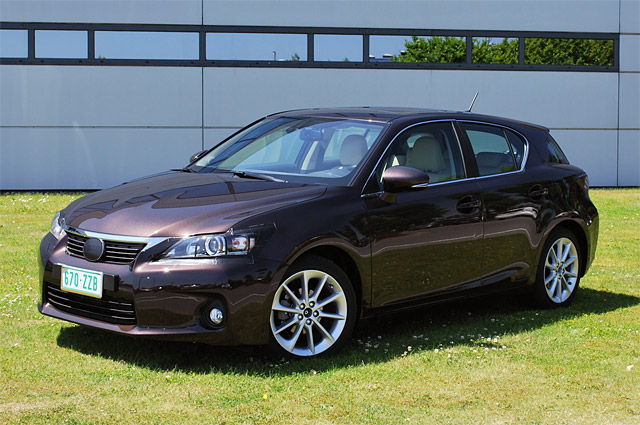 Autoblog was also in attendance at last week’s small media preview of the Lexus CT 200h, and had this to say about their time in the passenger seat:

Riding along suburban roads near the TME facility, the CT 200h – even in prototype guise – is suitably Lexus-like in its build quality and refinement, yet surprisingly aggressive in its handling. The ride feels well balanced in its damping between comfort and sportiness, and given the instant torque delivery inherent in the electric boost, it never seemed to lack for punch… from the passenger seat, at least.

There’s a limit to what can be experienced from the passenger seat, though it’s all sounding quite positive regardless.

But more than that, Autoblog has a bunch of photos of the Brown Spice Mica CT, including our first clear look at the Lexus Hybrid Drive 1.8L engine: 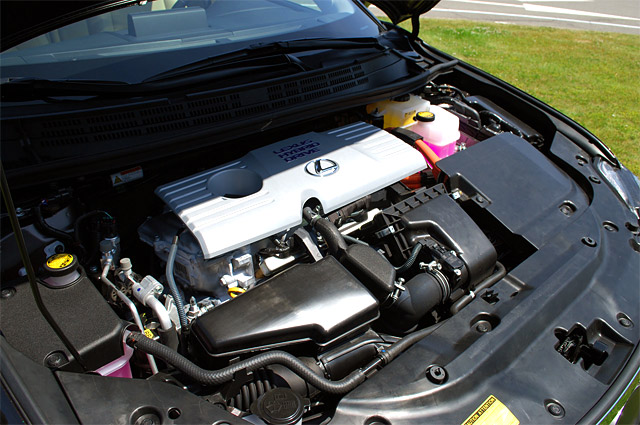 http://d3bzd59jg0tfcj.cloudfront.net/photo/2010/06/10/cache/ct200h%20(3)_big.jpg http://d3bzd59jg0tfcj.cloudfront.net/photo/2010/06/10/cache/ct200h%20(5)_big.jpg http://d3bzd59jg0tfcj.cloudfront.net/photo/2010/06/10/cache/ct200h_big.jpg
@Clode: Nice; I really like how the CTh has real dimensions - solid, strong, aggressive, and not at all bland.
the first pictures I saw I do not like the bar that holds up the hood, the little engine cover nd some plastic interior just aligned! according to you? What do you dislike?
@Clode: a bar never breaks; Lexus charges a lot to replace the hood struts. Despite the cheap engine cover and ugly engine bay and boring engine spec, I like how this is a Lexus hybrid: - with leather covering the gauge housing and surrounding the smart button - on the lower center console, where the gear lever, media and engine controls, and Remote Touch are - even on the large flap connected to the cargo cover in the trunk If only the part that is fabric as an option were also available in leather Anyways, most average Lexus models don't come close, not the LS, and even the LX is just barely on par.
A gift to all ct200h fans :D CT200h HD WALLPAPER 8-) 8-)

DOWNLOAD LINK : http://img203.imageshack.us/img203/2554/52327093.jpg
Loving those halo headlights!!!
@LFAaddict: Yeah Those halo rings. Are they optional or something?
oh very agressive shots! loving this vehicle!
Easily the most desirable car in it's price range,if you ask me!:-)
@Eljay: It's all about the price now .. especially in Europe ..
BMW's respond to Lexus CT200h (2012)