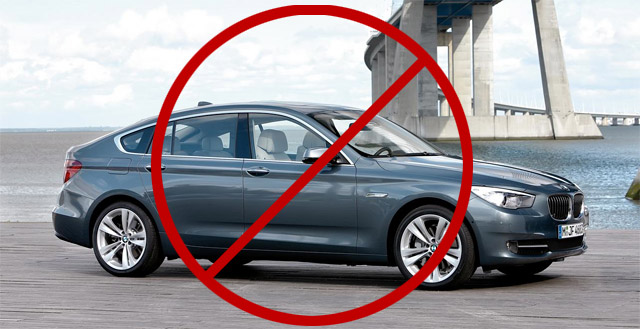 Thankfully, Lexus will not be “answering the question that nobody asked”—according to Edmunds’ Auto Observer, the company has no plans to compete with the BMW 5-series GT:

Despite readying the launch of the CT 200h, an all-new compact hybrid that also happens to be a hatchback, the brand that has most directly challenged the traditional German luxury marques isn’t planning to challenge BMW’s first shot into the brave new world of larger luxury hatchbacks for the U.S.

“We don’t have any plans for it right now,” said Dave Nordstrom, Lexus vice president of marketing. “We have not seen the demand from our customers—but we continue to look at it.”