END_OF_DOCUMENT_TOKEN_TO_BE_REPLACED " /> Lexus IS F Nürburgring Race Team Update | Lexus Enthusiast
Menu
Log in
Register
You are using an out of date browser. It may not display this or other websites correctly.
You should upgrade or use an alternative browser. 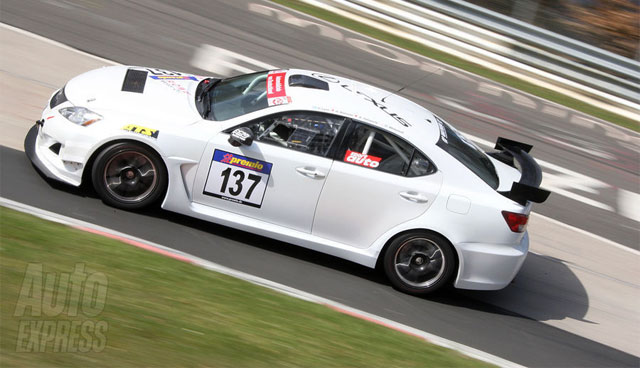 Since the last race, Lexus’s engineers have been busy adding a revised rear wing, with new end plates, a racing dash readout and new endurance seat belts to make the driver changes easier. The car also ran with extra cooling for the exhaust, diff and brakes.

And the changes have brought about immediate improvements. Over the 10 dry laps Owen drove, he set a new personal best of 9 minutes, 37 seconds, and the car finished the race in 70th overall, and 4th in class.

The Auto Express article also included some great images, including this pit stop: 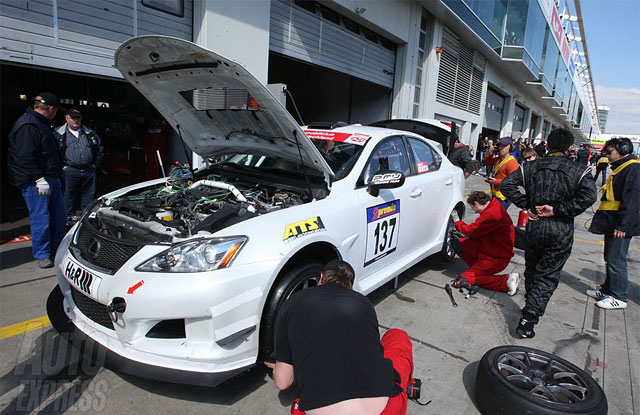 For the next two races, the IS F will get a revised rear suspension, new aerodynamic parts, plus a new engine and gearbox.  The additions will likely further improve performance; the IS F race modifications for the 35th DMV race responded to wheel speed sensor and rear differential overheating issues in the prior race. Owen Mildenhall will continue racing along with SuperGT driver Hideshi Matsuda and Gran Turismo game creator Kazunori Yamauchi in the upcoming events.