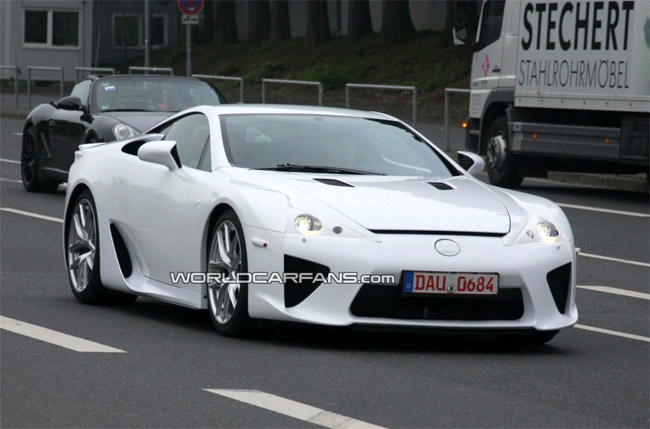 Lexus has announced that “a revolutionary two-seat supercar” will be unveiled later this month at the Tokyo Motor Show—the full brief:

This concept vehicle epitomizes the purest form of driving exhilaration and performance.  (Details to be announced at the Lexus press briefing on October 21.)

This “two-seat supercar” is, of course, the LFA—though I’m not sure why it’s still being referred to as a concept vehicle. Only two weeks left!

(The LF-Ch will also be appearing at the Tokyo Motor Show.)