END_OF_DOCUMENT_TOKEN_TO_BE_REPLACED " /> Toyota President Apologizes For Recent Troubles | Lexus Enthusiast
Menu
Log in
Register
You are using an out of date browser. It may not display this or other websites correctly.
You should upgrade or use an alternative browser. 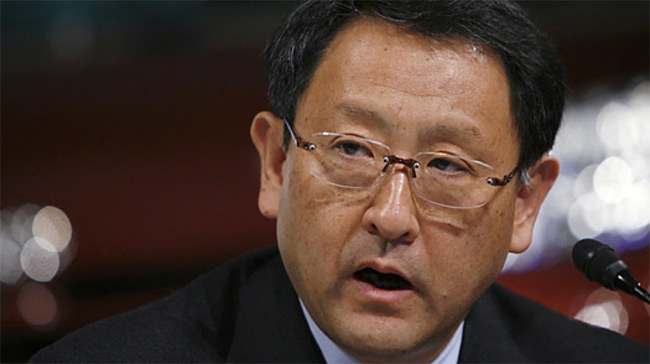 During a speech to the Japan National Press Club on Friday, new Toyota president Akio Toyoda was frankly apologetic over the company’s recent troubles:

He expressed grief over a fatal crash that led to a recall of 3.8 million cars, regrets about an expected second consecutive annual loss and sorrow over the decision to close the company’s first American factory in California.

Further, Mr. Toyoda said his company was shamefully unprepared for the global economic crisis that has devastated the auto industry, and is a step away from “capitulation to irrelevance or death.” The company, he added, is “grasping for salvation.”

Public apologies are common from Japanese companies suffering a crisis, and usually means sweeping change to fix the situation—and that looks to include some upheaval in product development:

The Japanese people were also owed an apology, he said, because Toyota was no longer producing cars that excited them. Auto sales have fallen in recent years, partly because of a growing disinterest in cars among younger Japanese buyers.

“They say that young people are moving away from cars,” he said. “But surely it is us — the automakers — who have abandoned our passion for cars.”

With this only Toyoda’s third month as Toyota’s president, this certainly qualifies as a trial-by-fire, though one he seems prepared for. Big changes ahead!