One of the things throwing me off with the leaked 2010 Lexus GX photos was that, well, they weren’t Lexus GX photos at all, but the Toyota equivalent, the Land Cruiser Prado. To better picture the GX, I spent some time photoshopping a Lexus grille on the front end: 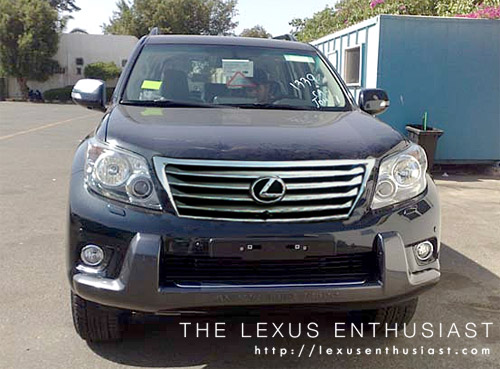 It’s probably the fact that the grille is lifted from the LX 570, but the similarities between this redesign and Lexus’ largest SUV is undeniable, particularly with the bulging headlights.

Really feeling this redesign so far. A lot will depend on the interior design and whether it gravitates towards the LX or RX. (Personally, I’d like to see a mixture of both.)