END_OF_DOCUMENT_TOKEN_TO_BE_REPLACED " /> Lexus LFA Concept in Next Need for Speed Video Game | Lexus Enthusiast
Menu
Log in
Register
You are using an out of date browser. It may not display this or other websites correctly.
You should upgrade or use an alternative browser.

Lexus LFA Concept in Next Need for Speed Video Game

Video game fans will be getting a chance to test-drive the Lexus LFA in the new Need for Speed SHIFT—here are some screenshots: 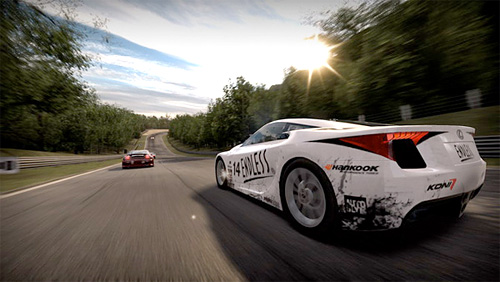 Based on the 2007 LFA II Concept, this virtual supercar will be one of 65 vehicles in the next NFS when it’s released in September.

(Also, Gran Turismo 5, the long awaited racing game for the Playstation 3, can also be expected to feature the LFA, as it was one of the sponsors of the supercar in the recent Nürburgring races.)