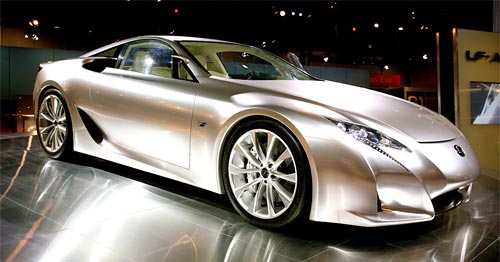 It’s been discovered that Toyota registered “LFA” at US Patent and Trademark Office on December 1st, 2008. It’s been interpreted by many as a positive sign, but this could be seen in two ways:

Being an optimist, I believe it’s the former rather than the latter, even though it puts a giant hole in my theory that the LF-A concept was really the new SC. (Also, looks like the name is losing the hyphen.)