END_OF_DOCUMENT_TOKEN_TO_BE_REPLACED " /> Lexus LF-A Makes Appearance at Toyota Motorsports Festival | Lexus Enthusiast
Menu
Log in
Register
You are using an out of date browser. It may not display this or other websites correctly.
You should upgrade or use an alternative browser.

Race fans in Japan lucked out this weekend as the Lexus LF-A Racing Prototype took a couple laps around the Fuji Speedway as part of Toyota’s Motorsports Festival. Not only that, but Toyota executive vice-president Akio Toyoda was the man behind the wheel: 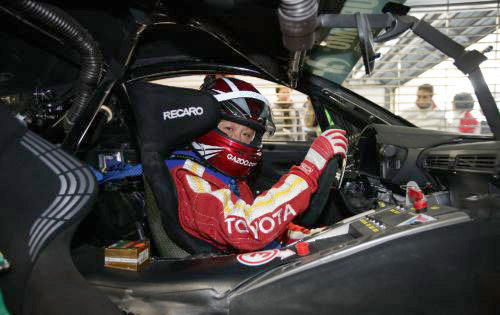 The future of the supercar is still the subject of guesswork and speculation, Edmund’s Inside Line had this to say:

Sources believe, however, that the production LF-A is now signed off, and this long awaited 480-horsepower, 200-mph supercoupe will appear at some strategic point in 2009, with a limited run of sales to start later, perhaps in 2010 or 2011.

All along, the LF-A has been pushed by Akio Toyoda, scion of the Toyoda family that founded the Toyota Motor Corporation, arch motorsport fan and the man widely tipped to be the next Toyota president and CEO.