END_OF_DOCUMENT_TOKEN_TO_BE_REPLACED " /> Is this the Lexus HS 250h? | Lexus Enthusiast
Menu
Log in
Register 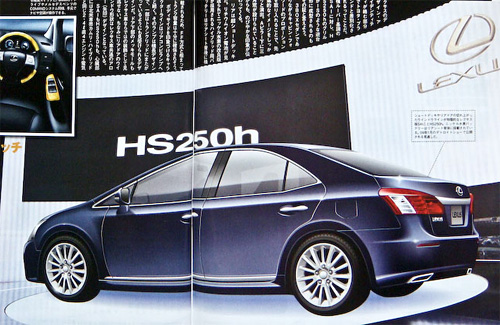 Volkswagen website VWVortex isn’t the first place you’d expect to find information on the upcoming Lexus dedicated hybrid, but the Internet’s a strange place. Regardless, a member of their forum came across this page out of Japanese magazine Mag-X, featuring a rendition of the now-named Lexus HS 250h (click for a closeup): 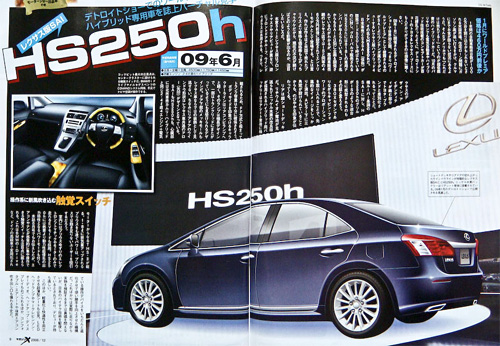 Other information gleaned from the Japanese article is the HS 250h will be powered by the 2.4L hybrid engine from the Camry hybrid and will have the 2010 RX i-Drive competitor and the common LED lights found in all the new Lexus hybrids.

I have doubts that this is the actual exterior styling, which basically looks like a Prius/ES mashup. We do know that this new Lexus hybrid will be introduced at the Detroit auto show, plus there’s also an on/off rumor that another hybrid will also be announced. Luckily, it’s only a couple months away…