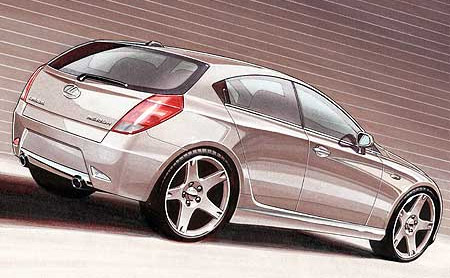 “We will offer a Lexus in the compact class,” he told reporters, explaining that the company needs “smaller and more efficient vehicles” to meet Europe’s CO2 emissions regulations. He described the car as being a rival to the likes of BMW’s 1-series and Audi’s A3, although he didn’t reveal any exact release date.

Lexus has been selling in cars in Europe since 1990 but it still commands less than 1% of the total market, something Arashima hopes to change with the introduction of a more affordable and more fuel-efficient model.

Motor Authority seems to think that this isn’t a vehicle we will see in North America, but I don’t believe that to be the case at all. In fact, I’d go as far to say that this would probably eclipse BMW 1-series & Audi A3 sales in very short order. Tiny luxury, especially combined with hybrid technology, would be a perfect package for the USA’s current economic climate.