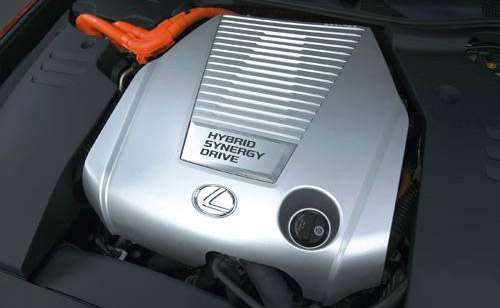 When I read Toyota Managing Officer Toshio Furutani’s comments in the Nikkei Business News last week that “in the medium to long term, Toyota was considering making the Lexus lineup hybrid-only”, it barely registered. Now, after seeing it reported over and over, I’ve come to release it might be an idea to post here — this is a Lexus news site, after all.

Honestly, I had always just assumed that eventually Lexus would stop selling conventional gas engines and replace them all with hybrid versions. In fact, with the hybrid version of the RX making up 86% of all European sales and the very technology being so important to the brand’s success there, I wouldn’t be surprised to see the next-gen RX to be only offered as a hybrid there.

With the exception of the IS-F, picturing a hybrid-only lineup isn’t very difficult at all — and then when you consider the rumor that the LF-A would also be offered as a hybrid, even the IS-F doesn’t seem implausible at all.

(And this doesn’t even take into account the potential brand benefit of being the first mass market car manufacturer to drop conventional engines!)