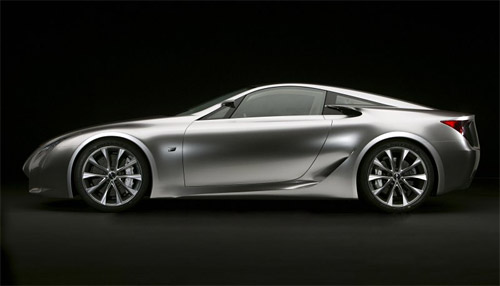 Autoblog trolled the Nürburgring and dug up some murky information on the Lexus LF-A:

…members of the testing and development crew who have been putting the car though its paces in Germany, as well as test drivers from rival Honda and Nissan crews, have told Autoblog that the LF-A is not destined for the showroom, and will remain only a development platform.

No reasons were given, but we can think of a couple. How many people are willing to part with nigh on a quarter of a million bucks for a Toyota/Lexus?

True or not, this doesn’t really push me in either direction. I’m not really swayed by anonymous sources that could just be talking out their necks. Still, with the massive upheaval of the US auto industry, there has to be some trepidation in any new car release, especially something so extravagant as the LF-A. In the three years since it was first introduced, a lot has changed, and I’m sure there’s a number of initiatives being reevaluated.

But really, “How many people are willing to part with nigh on a quarter of a million bucks for a Toyota/Lexus?” How tired is that? There may be some issues, but I doubt sales are one of them.