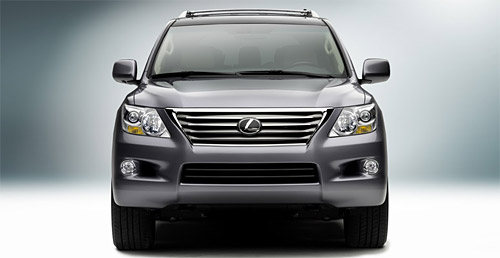 When you consider the climbing cost of gas in the USA (and everywhere else!), the dramatic increase in Lexus LX 570 sales has raised some eyebrows, including the Wall Street Journal, who went so far as to interview a new owner:

Karen Bean of Albany, N.Y., says she bought a Lexus LX 570 earlier this year because she likes how it looks, drives and accommodates her tall family. Having a comfortable, attractive interior and a vehicle that she enjoys driving is important enough that she is willing to accept the fuel expense. She can afford it, she says. Ms. Bean thinks that buyers of higher-end SUVs haven’t altered their spending habits, despite a sluggish economy and high gas prices. “If you’re buying an $80K+ car, you better be able to afford the gas that goes in it,” she says.

As the article notes, even with a 150+% increase in sales, the LX has only moved 3,547 so far this year. Combine that with the fact the model has just been redesigned, and the numbers don’t really seem that out-of-step.