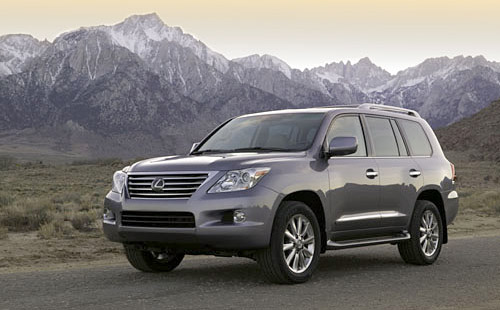 The newly designed LX 570 is selling very well in the US. Since its introduction in January, it’s been selling an average of 680 units per month. In fact, Kicking Tires has reported that there’s currently only a four-day supply in inventory:

…if you want to order one today, you may have to wait up to 90 days to get one in the color you want with the options you want.

“There’s only a four-days supply of LX 570s in dealer inventory nationwide,” Lexus spokesman Greg Tomei said. A 60-day supply is considered normal. “We don’t give the number out, but from the time it reaches the lot until it leaves the lot, the LX 570 has the quickest turn rate of any vehicle in our lineup.”

Tomei said the sales forecast for the LX 570 is 9,500 units a year, and there are no plans to boost production in order to build dealer inventory. That’s also about how many Range Rover SUVs that Land Rover sells.

Keep in mind this isn’t due to a vehicle shortage, but a controlled inventory to avoid excess units. Also, I would expect most people buying an SUV in this price range would be looking for some specific options and colors, so having the LX 570 on dealership lots doesn’t make a whole lot of sense.