END_OF_DOCUMENT_TOKEN_TO_BE_REPLACED " /> Top Gear Magazine Reviews the Lexus IS-F | Lexus Enthusiast
Menu
Log in
Register
You are using an out of date browser. It may not display this or other websites correctly.
You should upgrade or use an alternative browser. 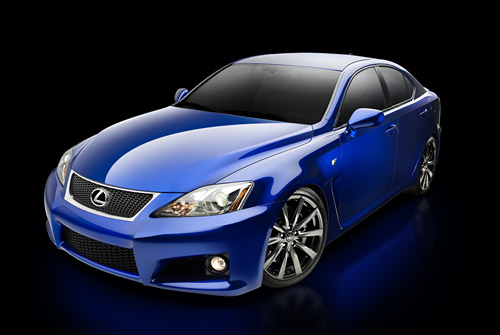 Top Gear Magazine has posted up their review of the Lexus IS-F, and it’s just as sharply written and clever as you would expect. Most of their praise is a double-edged sword, as every compliment is balanced with a swipe at the rest of Lexus’ lineup:

Where my keep-it-simple plan falls apart, is when a company like Lexus, which has only ever made brilliantly built but dull cars, produces something like the IS-F. It ruins the whole generalization game and forces you to be specific. Now, whenever anyone asks me about Lexus I’m going to be forced to say they’re all OK, but the IS-F is the very definition of exceptional. Anything else would be wrong, because that’s precisely what it is.

Only exceptional really describes accurately what it is, because the rest of the range is as interesting as a blank sheet of paper next to the IS-F. This car is very interesting indeed.

In the same way the company studied microscopically, then re-invented the luxury car market, creating a car it felt matched or bettered all the competition in every key area, it’s now done the exact same thing with the luxury performance saloon space.

And, for the first time, it’s created a car with more spirit than a distillery. It’s like it’s poured the M3, C63 and RS4 into a blender, given them a good mix and come up with its own blend of tyre-shredding über sports saloon.

The reviewer noted some rather uncharacteristic faults with the IS-F, including squeaks from the dash and a faulty trunk release, but thought it a decent enough tradeoff considering the overall package, and suggested that the faults on purpose, to give the car even more character.