END_OF_DOCUMENT_TOKEN_TO_BE_REPLACED " /> The Lexus IS-F Racing Concept gets even more confusing | Lexus Enthusiast
Menu
Log in
Register
You are using an out of date browser. It may not display this or other websites correctly.
You should upgrade or use an alternative browser.

The Lexus IS-F Racing Concept gets even more confusing

The confusion surrounding the Lexus IS-F Racing Concept has taken a turn for the absurd, with German auto magazine AutoBild now asserting that it’s not a Lexus at all, but a reworked Opel Opel Vectra DTM racer: 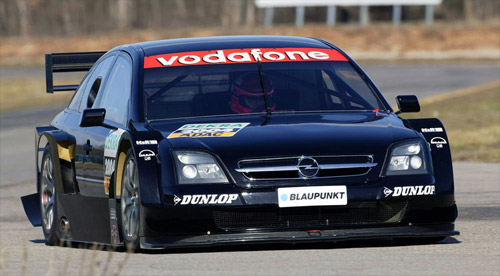 From the article, it’s not exactly clear how they came to this conclusion, but it clearly goes against the Winding Road report last week that the car was a one-off experiment by IS-F Chief Engineer Yukihiko Yaguchi, with no plans for it to enter competition racing of any kind.

Major discrepancies aside, I’m not sure what difference it makes, even if it is just an Opel in Lexus clothing. Let’s consider the very idea of a concept, which at its heart is an experimental model to test a design idea. This isn’t a racer, it’s an idea of a racer. Considering the investment of developing a full-spec DTM racer, is it really that shocking that Lexus would build a tradeshow concept off an existing model?