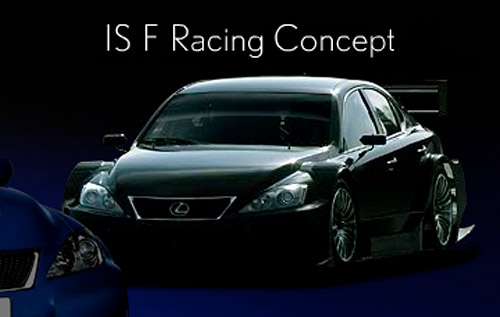 According to Touring Car Times, the photo of the Lexus IS-F Racing Concept could be an indication that Lexus will be joining the Deutsche Tourenwagen Masters car racing series:

The rumors on which manufacturer would join Audi and Mercedes in the Deutche Tourenwagen Masters have been many during the recent years. Since the talks about new rules emerged, the rumors have gone hot again. Lexus is one of the big names in the list of possible interested manufacturers.

There is no official information on the prototype, but the splitters and wings look identical to DTM specifications.

TouringCarTimes has received information that there are actual negotiations going on between Lexus/Toyota, the DTM organization, plus Audi and Mercedes.

Adding fuel to the fire is a new Team Lexus splash page, which indicates there’s definite something in the works: 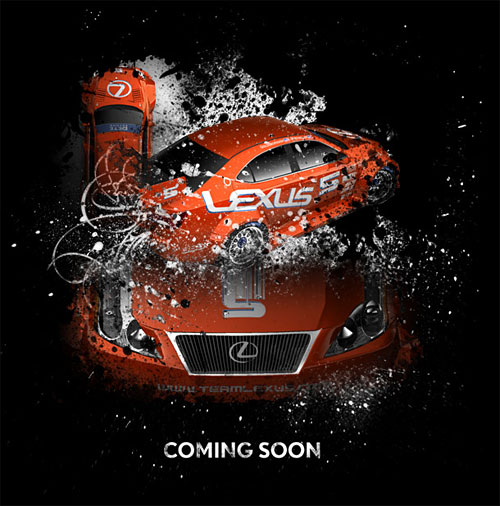 Deutsche Tourenwagen Masters, or DTM, is a touring car racing series based in Germany, with rounds throughout Europe. Currently, Mercedes and Audi are involved, fielding 10 cars each.

More details should emerge once the IS-F Racing Concept is introduced at the Tokyo Auto Salon.