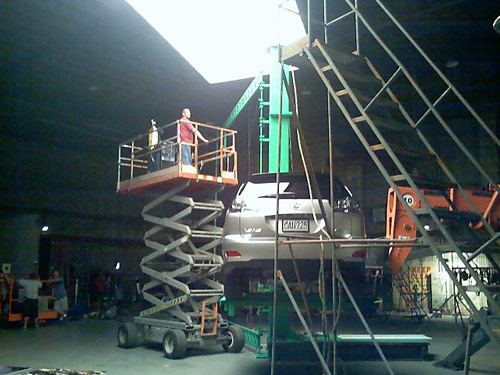 Yesterday, I received an anonymous email containing photos from the production of a new RX commercial being filmed in Los Angeles, with the following information:

The commercial filmed in Los Angeles in August and will feature the giant pages of a pop-up book being operated by actors playing stage hands.  I believe the ad is tentatively titled “A Precautionary Tale” and is about Lexus safety.

Other than that, details are slim, the only other fact I have is that the commercial will be directed by Oskar Holmedal of Stylewar. Looks to be quite technical, with ample special effects planned, though that hardly comes as a surprise.