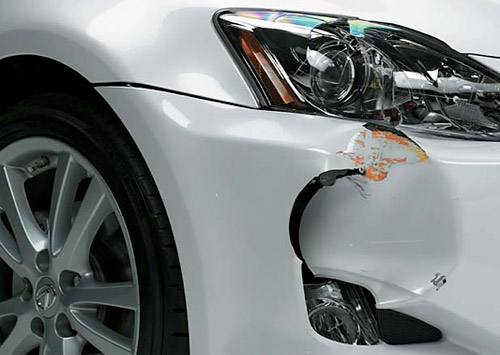 The Insurance Institute for Highway Safety has released a report today to bring attention to the rather high cost of low-impact collisions in luxury automobiles. To illustrate their point, each of the test cars were subjected to four low-impact impacts: full front and rear collision, and front and rear side collisions. The damage was then assessed and the value of repair calculated.

Two Lexus’ were featured in the results, which fell in the middle of the pack in terms of cost:

Automakers were quick to denounce the study, as reported by the San Jose Mercury News:

Automakers said the tests did not assess the vehicle’s safety and only focused on repair cost. They said it was hard for the tests to replicate the low-speed crashes that typically occur on the road.

Nissan Motor Co. spokeswoman Jeannine Ginivan said it was “highly unlikely that anyone would be simultaneously involved in the four low-speed crash modes under real-world conditions.” Infiniti is Nissan’s luxury brand.

Mercedes-Benz spokesman Rob Moran said the results did not reflect the automaker’s “holistic approach to occupant safety. This philosophy influences vehicle design and development even down to the front bumper.”

It’s hard to fault the IIHS for bringing attention of this, because while deductibles keep this from hitting the customer’s pocket directly, it results in higher premiums over the long-term. Still, how many would trade in their color-coded plastic bumpers for the steel bumper-car look of yesteryear?